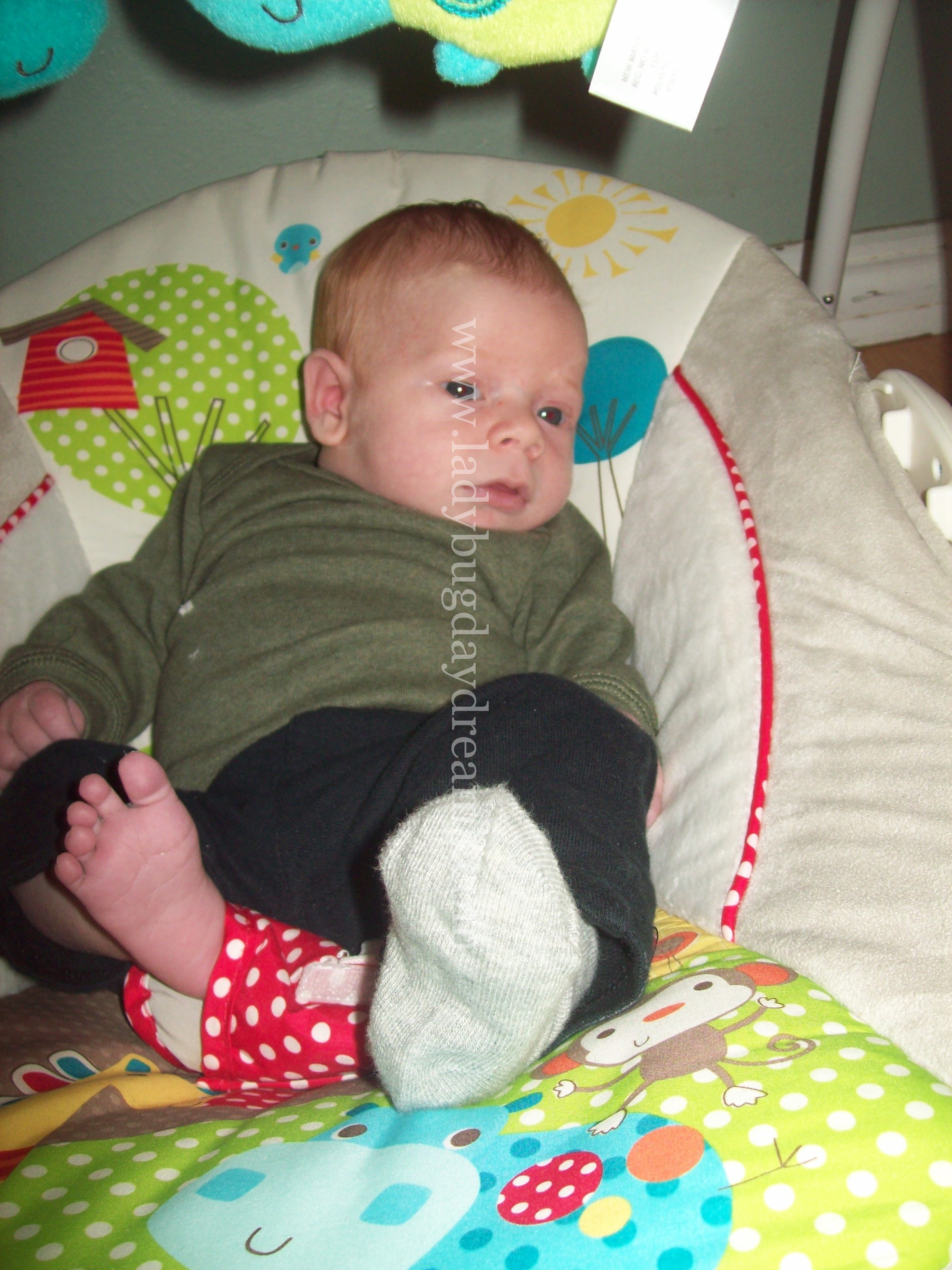 I’ve been posting occasional pictures of Dragonfly on my Instagram account, so if you follow me there, you’ve likely seen some of them. He’s already three weeks old, and even though I was expecting the time to fly, it still catches me off guard every time we have a new baby. They just grow so fast! We had his “two week well baby checkup” today, even though he’s three weeks old. (I had an appointment scheduled for two weeks, but when I called to schedule his circumcision – which we needed to do no earlier than last Friday – they rescheduled his regular checkup, too, so both could be done at the same time. So that’s what he and I were doing this morning.

Here are the stats on the little one:

So, he’s growing! That’s a good thing :). And I’m super pleased to say that I’m not having any supply issues with breastfeeding him. That was a bit of a problem for a short time with Small Fry, which was pretty emotional for me to overcome. I’m so glad that it’s not something I have to deal with this time.

Other than that, things are pretty much just progressing normally. Nighttime wakings/feedings, afternoon naps, and lots of snuggles. What could be better?!