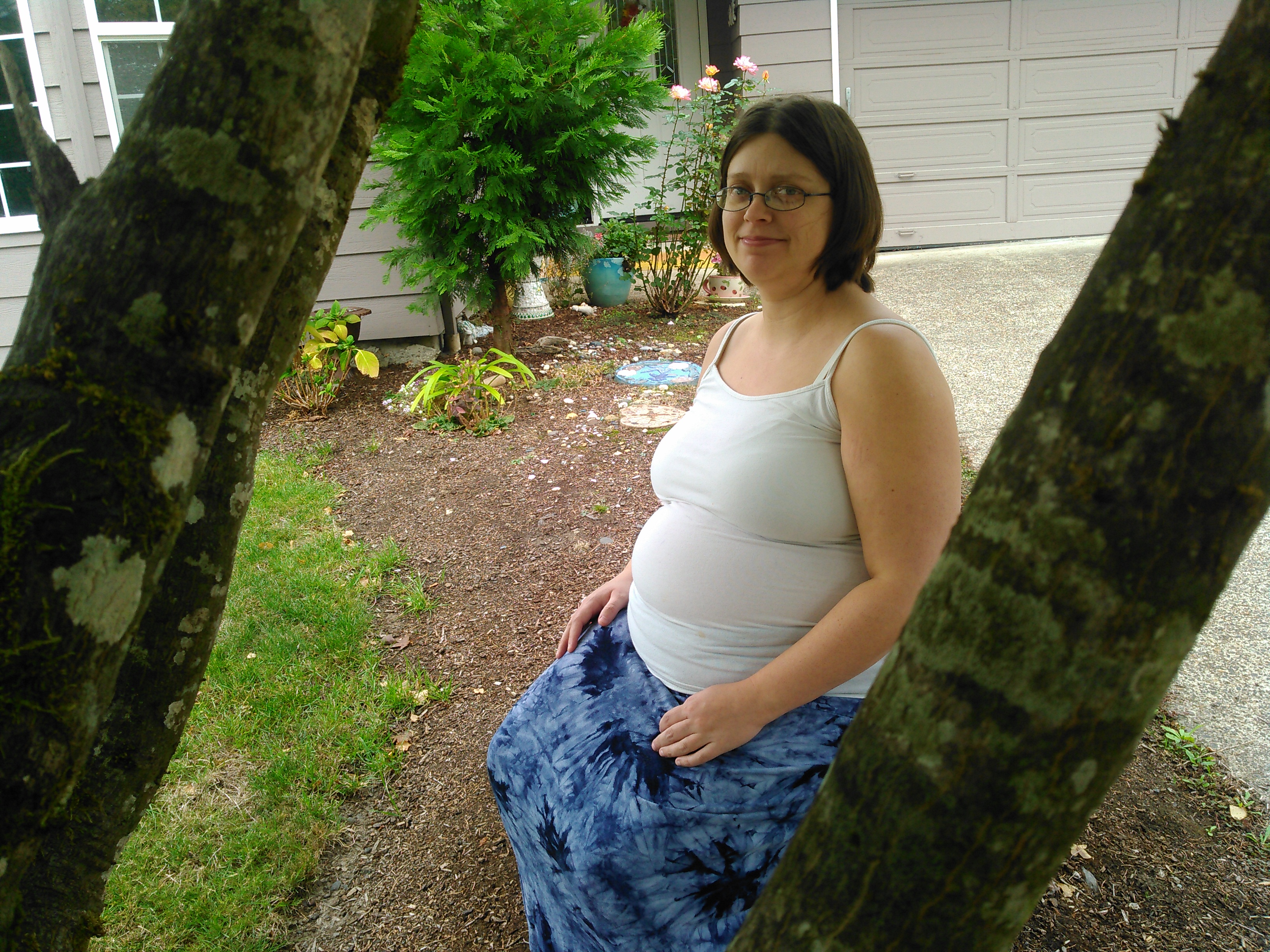 I didn’t realize that it’d been so long since I posted an update, but it has been. So here’s what’s going on baby-wise the past month…

First off, I’m now seeing the doctor every other week instead of every month. I’m measuring right on track as of my last appointment (last Monday, so I’ve got another one the day after tomorrow), so that’s a good thing, especially since I was measuring ahead for a few weeks ahead for a while. I’d rather have a baby measuring “on track” than “big.”

I’ve also had my first appointment with my c-section surgeon (who I’ll call Dr. S for convenience sake). The doctor who did my c-sections with Munchkin and Small Fry has since retired, so he’s not available this time. I had to rely on my doctor’s recommendation for a surgeon, and while she didn’t have a rec for a specific doctor, she did give me a referral to a local clinic that works with my hospital and takes my insurance, both of which are good things. The clinic is right in the hospital, just like my regular doctor’s office, so that makes it really convenient to go there for appointments even if they’re on a different day from my normal appointments (the hospital is a five-minute drive or 15-minute walk from my house). When Dr. S first walked into the room at my first appointment, I was quite surprised. She’s really young. It was hard for me to gauge just how old, but it was apparent that she’s young. In fact, there was a part of me that thought for a second that she might wonder why I was choosing a c-section instead of a VBAC this time (more on that in another post – it’s all written, just needs a picture). I know this is was an unfair assessment, since the only thing I had to base that on was her age, but that doesn’t change the thoughts that ran through my mind. Anyway, she wasn’t like that at all. I was very pleased with her attitude and demeanor upon talking with her, and I’ll be glad to have her taking the lead in the operating room. The rest of the staff at the clinic was superb as well. Within two days of meeting with Dr. S, I was on the phone with the scheduling supervisor getting Dragonfly’s birthday all arranged. (For anyone who’s curious, he’ll be arriving on Friday, November 13, 2015, shortly after noon Pacific time.)

As a side note, I talked with Dr. R (my regular doctor) after my appointment with the surgeon. It turns out that Dr. S is fresh out of medical school, so she’s likely younger than me. Dr. R said that’s a good thing because she’ll have all the newest guidelines and methods to follow during my surgery. Between the appointment with her and the followup with my PCP, I have all the confidence in the world that things will go well.

This weekend (later today, actually), Will and I have scheduled a tour of the Maternity Ward (called the Birth Center in our hospital). It’s probably completely unnecessary since this will be my third time delivering there and I’m having a c-section, but I know based on last time I’ll probably be spending 4 days there, and I want the refresher of what all goes on and where everything is located. It’s just one of those things that I’m looking forward to doing.

I think that’s it for now. I’ll update again in a few weeks. Only five weeks to go!