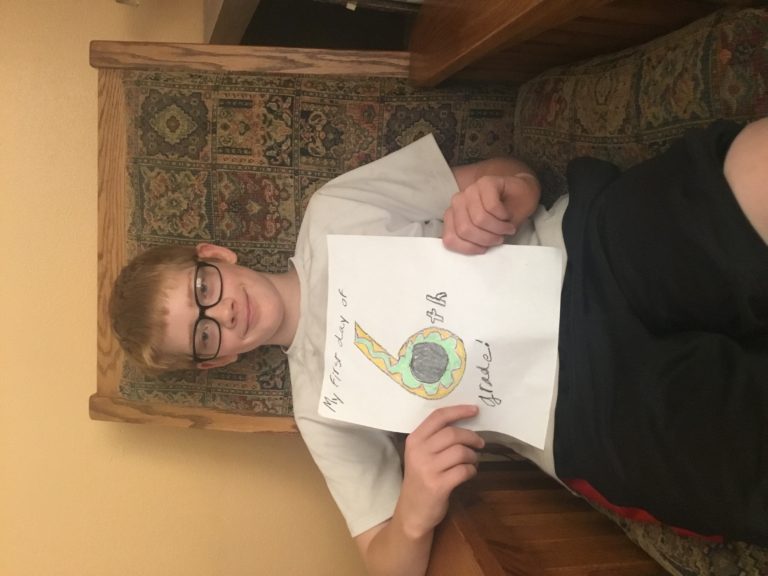 I have two middle schoolers this year. Two! I can’t believe it. Today’s post is all about Munchkin and what he’ll be studying for his 6th grade year, at least for the foreseeable future. (I’m not always the best at keeping things going, so we might change things up. Also, well add other things in as he finishes some of these curricula/topics.)

Math: I picked up a workbook for him for his math this year. We’ve tried lots of different things over the years, but I wanted to keep it very simple, clean, and no-nonsense this year. A $9 Spectrum workbook fit the bill.

Literature: He’s currently finishing up the Charlotte’s Web study guide we received from Progeny Press  when that’s done, we’re going to go back to Readers in Residence from Apologia.

Grammar: I plan to buy level 3 of Fix It! grammar from IEW soon. The website is a little confusing, but if I’m reading it correctly, the level we need has been on back order. Hopefully I can get it to our house in the next couple of weeks. In the meantime, we’re using Daily Grammar from SchoolhouseTeachers.com.

Foreign Language: Rosetta Stone French is the main one we’re using. But he had such a great time when we reviewed Greek ‘n’ Stuff that he’s continuing on with Greek as well.

History: Were doing the unit study route for history this year. I let each of the boys choose their own topic, no limits. Munchkin chose the French Revolution, so I’ve cobbled a few things together, including a lapbook from Tina’s Dynamic Homeschool Plus and a list of books for him to read.

Cooking: Each week, the big kids are each cooking one meal. I’m guiding them through it, and they’ll each learn 3 or 4. We’ll repeat them monthly until they have them mastered and can cook the meals independently, at which point we’ll add in more. Munchkin has has 2 lessons so far: chili with cornbread and … I don’t remember what the other one is right now. But there have been two, I swear! This week he will learn to make pancakes and syrup from scratch and hash browns.

That’s it for now. We’ll add in science before too long, but we haven’t yet.