Lori offered me a list of books for book club this month, and I picked Unbroken by Laura Hillenbrand. It’s the true story of Louis Zamperelli, an Olympic runner in the 1930s who then was drafted to fight in WWII. 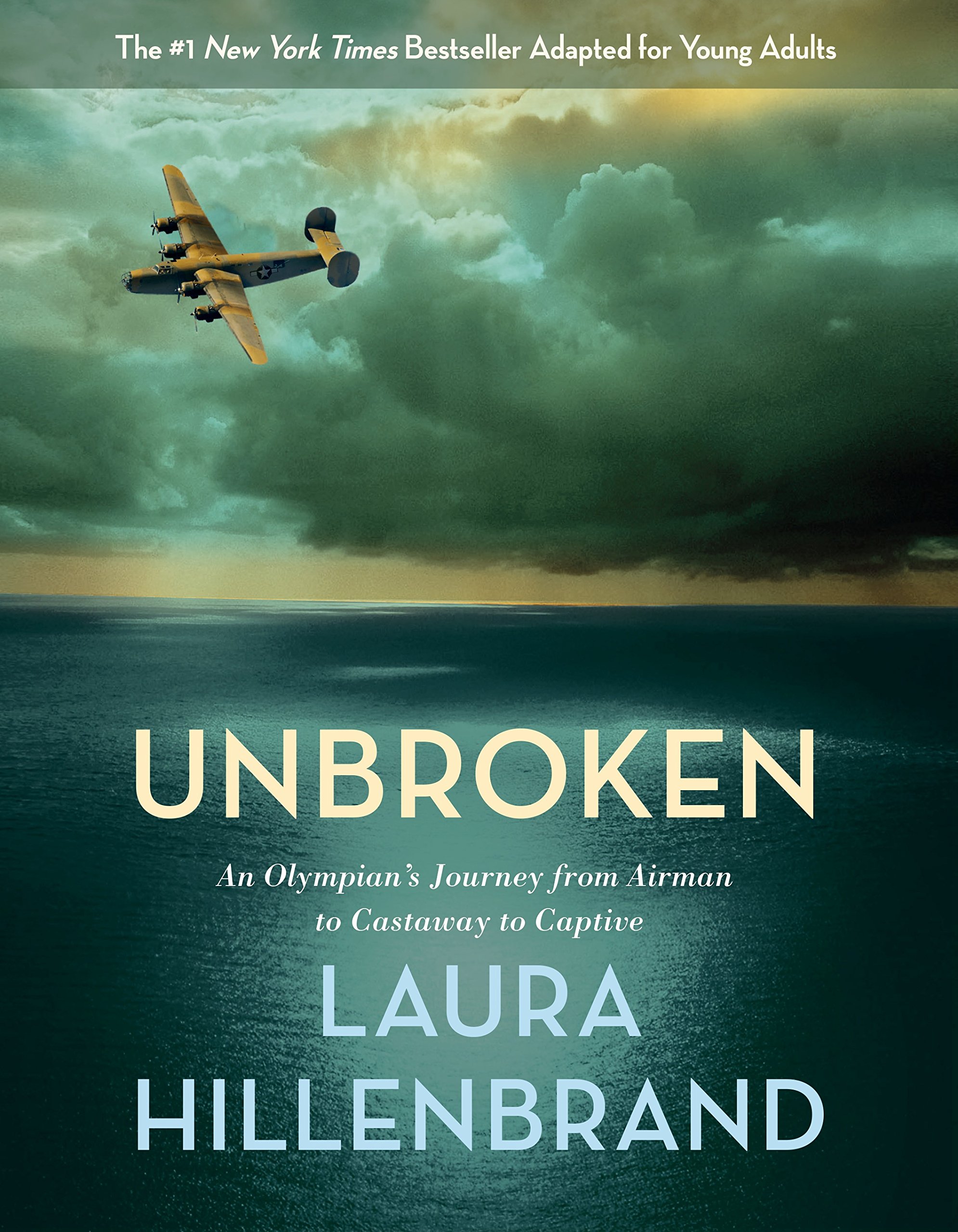 I’d heard a bit about Zamperelli, but didn’t actually know anything about besides there was a YWAM book about his life. So I was interested in this book. The other thing it had going for it was that the audio book was available from Overdrive, so I didn’t have to wait to get my (virtual) hands on it. Also, the audio book was read by the late Edward Hermann, famous for his role as Richard Gilmore on Gilmore Girls (among other things). All of these things were wins in my book (pardon the pun), and I was not disappointed.

In the first several chapters, I was far from impressed of Mr. Zamperelli. In fact, as I listened (while knitting) I remember thinking on more than one occasion that he was a complete and total punk, someone who just made the “mom” in me really mad. His own mother must have been a saint to have put up with all of his shenanigans. But then his brother got him into running, and his entire life changed. He finally had something to put his focus into, and within just a few years of diving into that hobby, he was Olympics bound in the long-distance running events, handily beating out more experienced runners in his categories. In fact, his own category (the one mile) was full, so he trained hard to run the 5000-meter race – nearly 3 miles. I found all of these chapters to be fascinating.

Then WWII started. The 1940 Olympics were canceled (did you know that? I didn’t), and Zamperelli joined up as an air force bombadier. He’d been a pilot in the military previously, but left the service because he hated flying. What he didn’t know was that his contract upon leaving was that by re-enlisting to avoid being drafted, he was automatically enlisted as an air force soldier. Ironic, eh?

His time in the war was nothing short of amazing, and I don’t want to spoil the story here, as much as I’d love to talk more about it. Suffice it to say that his story is amazing enough that I’ve re-borrowed the audiobook and it’s going on the list of things the kids and I are going to do for homeschool this month. It was that good. Also, parts of the story reminded me a lot of the Jacob de Shazer book we read earlier this year (a YWAM book), and I think it will be good for them to make some comparisons between the two men.

Make sure to head over to Lori’s blog to read her thoughts as well.

Next time, we’ll be reading Waiting for Rachel, a lighthearted Christian romance novel. I read it earlier this month and really enjoyed it, and when I mentioned it to Lori she was amenable to reading it too. You can get he Kindle version for free on Amazon if you want to join us.