Comic books and graphic novels are all the rage for kids these days, and for good reason. They help take reluctant readers and turn them into voracious readers (often). They give already voracious readers something “easy” to read. If the comic includes a superhero and a lot of action, then it’s even better, especially for the 8-13 year old boys (of which I have two). But what do you do if you (the parent) aren’t really “into” mainstream superheroes? Is there an option for you and your kids? Yes! 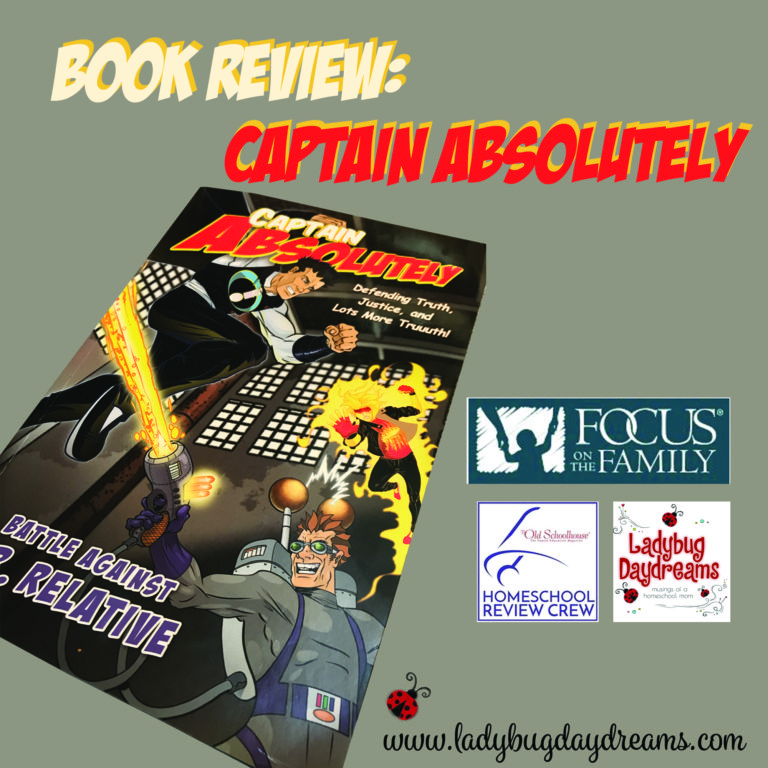 Captain Absolutely originally appeared in the Focus on the Family magazine, Clubhouse. It was published there, two pages at a time, over the course of five years. Now it’s available on its own as a paperback book. The comics were written by Stephen O’Rear and Christopher P.N. Maselli, and based on the character created by Paul McCusker. There’s an introduction before the story starts by “Wooten Z. Bassett, Mailman, Licorice Enthusiast, and Creator of Captain Absolutely.” It doesn’t give any specifics about Wooten, but because his name isn’t in the copyright page, I assume he’s made up. That doesn’t make what he has to say any less deep, though. He summarizes Hebrews 12:2 for us, reminding us to keep our eyes and minds on Jesus. Doing this allows us to be shaped by the absolute truth, hence the name of the book’s main character. The villains in the story were designed to teach children how to combat the lies that may come up as we “defend” our Christian faith and evangelize to others. 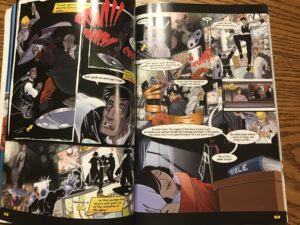 Knowing this is the goal of the book, I was really pleased that my 10-year-old son, Munchkin, got the chance to read it. Because of the format (lots of pictures, few words), it took him only one afternoon to read the whole thing. My 13-year-old isn’t as into books as his younger brother, but he typically enjoys graphic novels, so I’ll probably have him read it soon too.

The story is about a guy, Josiah King, who works at the library. His friend accidentally blows up the computer, and Josiah is trapped in a room full of Bibles. He starts reading God’s word and becomes a superhero called Captain Absolutely. He fights a bunch of bad guys and puts them in a bunch of prisons, which they escape from a lot. He fights them again, they escape again. It’s a vicious cycle. 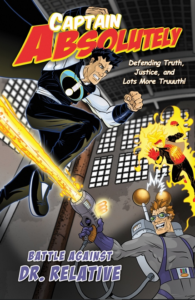 He eventually gets the main bad guy, Dr. Relative, to believe in the Bible and join his team.

I thought this book was interesting. Usually I like “regular” books better, but Captain Absolutely was really fun to read. This was only the third graphic novel I’ve ever read, and I liked it.

Overall, I’m glad we had a chance to review this book. It was a fun read for Munchkin, and anything with a good message is a win as far as I’m concerned.

Other members of the Homeschool Review Crew are talking about Captain Absolutely this week, too. Be sure to head over to the Crew blog to find out more.