It’s no secret that one surefire way to make memorization easier is to use music. Cross Seven has created a program that utilizes this fact with their Cross Seven Ventures – Homeschool Musical Memory Tool. My younger kids and I have been practicing some of the basics in a variety of subjects with this program the past few weeks. 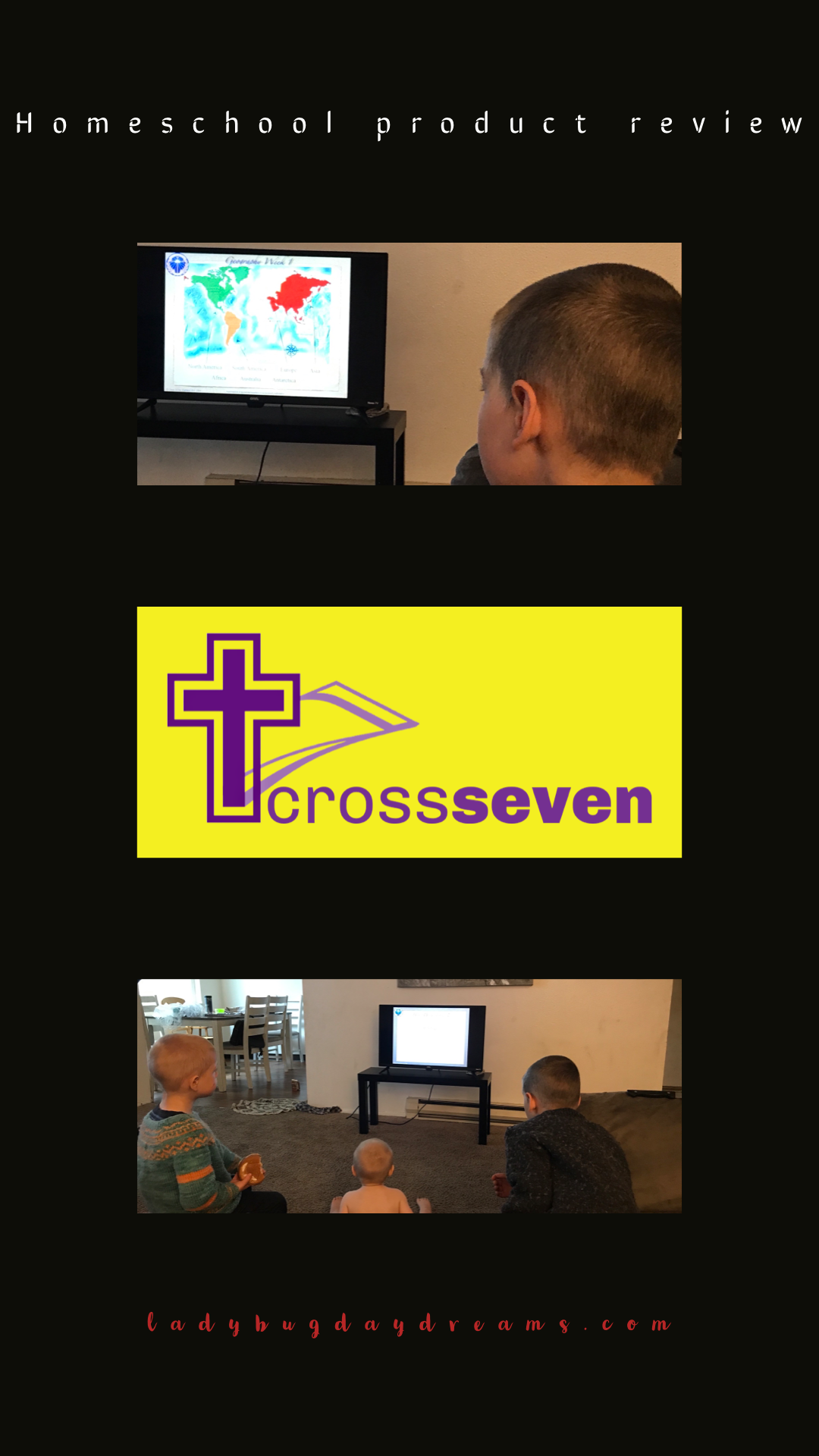 Cross Seven is divided up into weeks, and from there into individual subjects. Each week has a series of short videos, and the videos give little songs to help children memorize different things. You can use the website for accessing the videos, or there is also a Roku channel so you can put it right on the TV, which is what we did. Each morning after breakfast, I’d turn Cross Seven on for a little while and we would work our way through the subjects I wanted my kids to work on memorizing. We focused primarily on geography, grammar, and science. There are loads of other subjects included, too, though: Scripture, history, Latin, math, hymns, and timeline. Grasshopper thought the Latin was rather interesting, but I didn’t push it too much because that’s not something we’re focused on in our family.

The songs, as I mentioned, are quite short. Each one is only 1-2 minutes long, which is perfect for small children. It gives them the important information without much else. For example, in the geography song that deals with the continents, it pretty much just lists the continents and oceans to music. There aren’t a lot of extraneous lyrics. This keeps things super streamlined.

We did the grammar songs as a supplement to our regular grammar curriculum, and the short songs helped Grasshopper (8 years old) keep track of the different types of words he’s learning – nouns, verbs, adjectives, et al. It really helped him to focus on the different types of words, as well as giving him hooks to hang information on (what a noun is, for example, not just its name).

There are also quizzes available, but I didn’t worry too much about those.

I found the Cross Seven program to be quite popular with my children. I was a little surprised, to be honest, because the songs are so very short and don’t have any “extra” information in them. It’s quite literally just listing the things to music. But it really works! Just a few times through each song and my 8-year-old was singing along. That tells me that the method is sound.

Make sure to read more reviews on the Homeschool Review Crew website, especially if you’re interested in learning more about the quizzes we didn’t utilize.