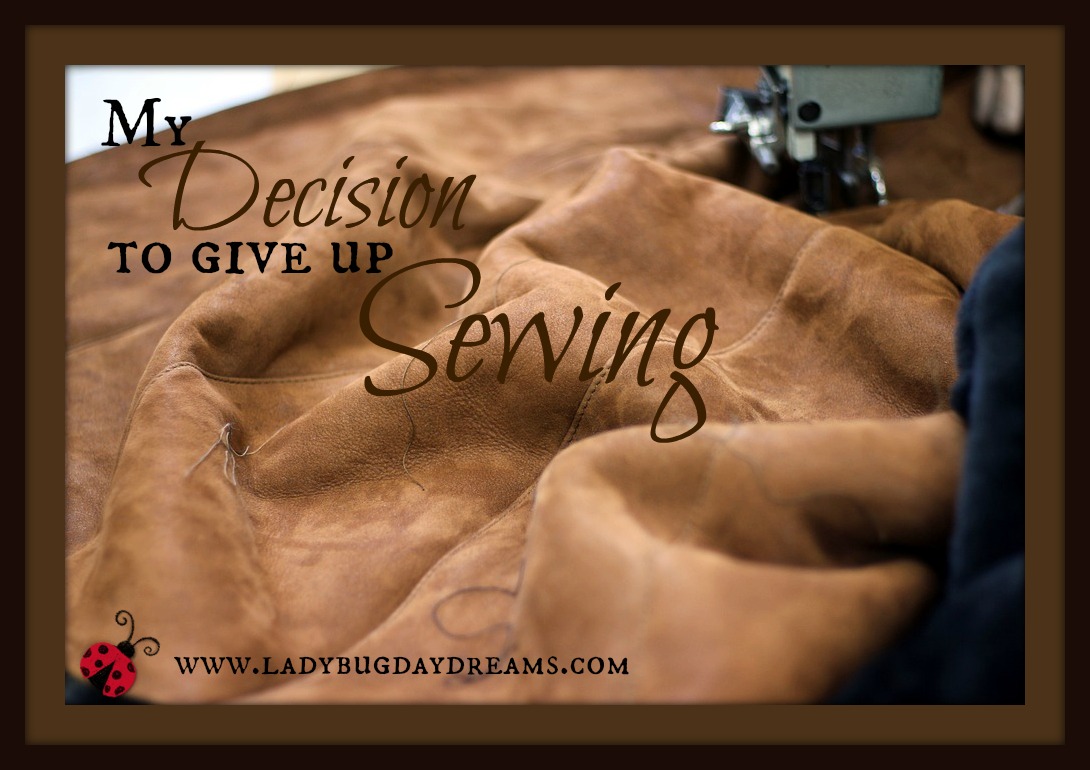 Eight years ago, an acquaintance (one of Will’s former coworkers) gave me a sewing machine for my birthday. It wasn’t new, and it definitely wasn’t fancy. In fact, that first sewing machine didn’t even have a good belt. I used rubber bands to run it. They were constantly making a huge mess as they degraded from spinning around and around, doing a job they were never meant to do. It was always kind of fun (in a not fun kind of way) when one of them snapped. It would fling off into the netherworld (also known as the floor behind my desk) and the machine would stop working. I used that machine a lot. It was my training machine. That first year, I made 7 full-size quilts for Christmas gifts – with very minimal sewing experience. All done on that rubber-band-powered machine.

Then I upgraded the machine. I was tired of dealing with rubber bands, and felt that I was making some progress in the craft, so we bought a $100 Singer from JoAnn’s. That machine served me very well. I made dresses for myself, pajamas, Halloween costumes, and bath robes for the kids, Small Fry’s complete nursery set (diaper bag, changing pads, crib sheet, Boppy pillow cover, and more), and more quilts. But very little of what I made was truly great. It all got the job done, though. And I figured that I would continue to get better.

Four years later, that machine broke. The power switch detached from the supply on the inside. While Singer did provide a 25-year warranty, they didn’t provide any service shops within 8 hours of my location – and none in my state. So we bought another machine instead of fixing that one.

This third machine was a pale comparison to my second one. I didn’t think so at first, but after using it for a long time, I came to realize the truth. It couldn’t do free-motion quilting, which is definitely my favorite way to quilt. It only had one thread guide down near the needle (instead of two like the previous one had had). But in the store, I was just so happy to be getting a machine that would actually turn on that I didn’t pay close enough attention to the individual features and we bought that machine anyway.

I used it for several years despite its shortcomings. After the first few weeks, I was already frustrated with it, but I didn’t want to complain about such an expensive gift purchased out of love from my husband. I put up with the constantly breaking thread. The thread coming loose from the single thread guide (turns out that having two of those is actually necessary) and getting caught around itself. The way the needle would come unthreaded for some unknown, invisible reason. I dealt with it all, because after all, having a bad sewing machine is better than having no sewing machine. Especially for a quilter. Plus, I wasn’t that good at sewing, despite my years of practice. I didn’t “deserve” a better machine.

Fast forward a couple of years, to just a few weeks ago. I was working on finishing up a baby quilt as a gift when the machine pulled one of these stunts. After years of dealing with it (and playing around with giving up the craft for the past several months), I decided that the time was now. I was emotionally ready to move away from sewing. I moved the sewing machine down to the garage and haven’t looked back.

Instead of lamenting over thoughts of “Oh, I really do want to sew something after all,” I’ve thrown my focus into yarn crafts. I designed my own original pattern – the teddy bear skirt I shared last week – and learned to knit. So now I have two options for creating yarn crafts, which I love. And I’ve felt such a peace about my decision. I’m happy with knitting needles or a crochet hook in my hands. It’s a wonderful feeling!