Besides the normal school etc…, we had a fun week. Here’s a taste. 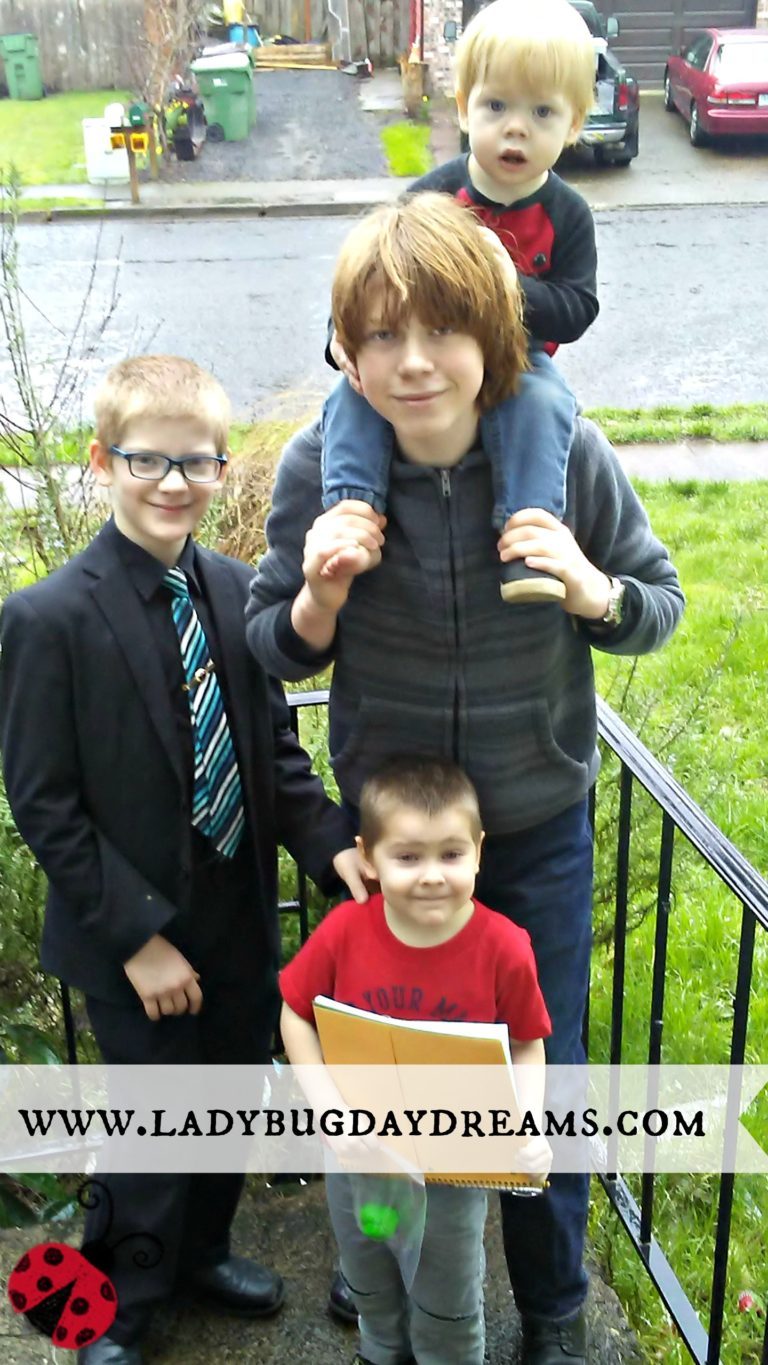 This picture wasn’t taken this week, but it was perfect for Mother’s Day – all four of my boys in one photograph. 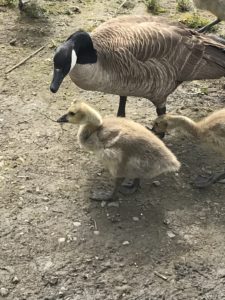 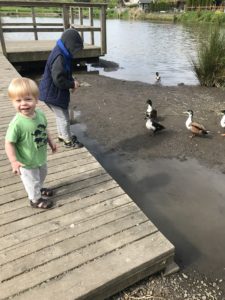 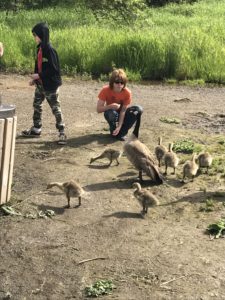 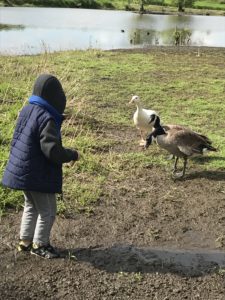 We found a pond just a few blocks from where we’re staying right now, and there are lots of ducks and geese who live there. The boys have had a really fun time going to visit them. We went twice last week, and it’s really neat to see them interacting with nature so freely. We took some bread one day (old hamburger buns) and taught Small Fry how to tear it very small so that his portion would last a long time. By the end, Will and Seahawk had some of the geese literally eating out of their hands. That was pretty cool. Small Fry tried to let one of them eat from his hand, and it nipped at his fingers even though he did everything right and held his hand very flat. After that he was happy to just toss the bread.

When we ran out of bread, we walked around to the other side of the pond where Seahawk and Munchkin skipped some rocks. Seahawk is a natural at that (at most athletic things, actually) and was able to get 5+ skips a few different times. 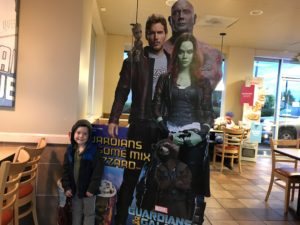 After we left the pond, we were going to go to a local ice cream place where they have lots of different (unusual) flavors of ice cream. Will and I went there a week or so ago and had the rose petal flavor (it tastes mostly like vanilla, but there’s an aftertaste that is just what you’d think roses taste like based on their scent). Unfortunately, they were closed by the time we got there, so we went to Dairy Queen instead. Small Fry was pretty excited about the Guardians of the Galaxy cutout there and wanted his picture taken, so we did that for him. He has a photo album that he loves to look at full of pictures of some of the experiences we’ve done together. I’m sure this one will end up in there at some point. 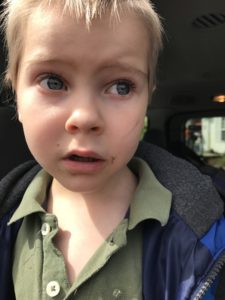 That night, after we’d been asleep for a few hours, Small Fry came into our room crying. I woke up to find out what was going on with him; he said his lip was hurting a lot. I took him into the bathroom so I could turn the light on without bothering anyone else and take a look. He had quite the fat lip and was bleeding just a little bit up underneath. The blood wasn’t severe, so I got him calmed down and back into bed so we could all get enough sleep and deal with it more in the morning.

The following morning, when neither of us were as tired, I got the full story out of him. Turns out he’d fallen out of bed during the night, and because the boys are in such close quarters (all four are sharing one room temporarily), he slammed his face into Seahawk’s bed frame when he fell, hence the fat lip and bleeding. It was very sore all that day, and the next afternoon he came running up to give me a hug and very gently bonked into me. Even though it was hardly any pressure at all, it was enough to break open the scab under his lip and he started bleeding profusely. We got that under control, and everything’s been fine since then. 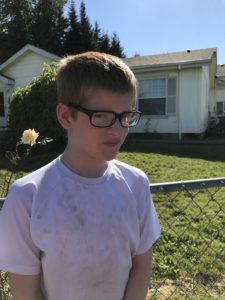 The last picture I have to share is Munchkin in his new glasses. The boys qualify for their annual eye exams each spring, so we make sure to get them done every year. Seahawk and Small Fry don’t have any issues, but we get them checked anyway. Dragonfly is small enough that he doesn’t need exams yet, but the eye doctor said starting next year, he will. Munchkin, though, wears glasses. He has since he was 5, when he was diagnosed with an astigmatism. He tells me that he doesn’t remember a time that he didn’t have glasses. I remember his first pair of glasses, and that was a magical time. He was small, and didn’t even realize he hadn’t been seeing very well. We took him to pick up his glasses a few days after the eye exam, and as soon as he put them on, his face lit up. He could see so well! That really was a wonderful moment.