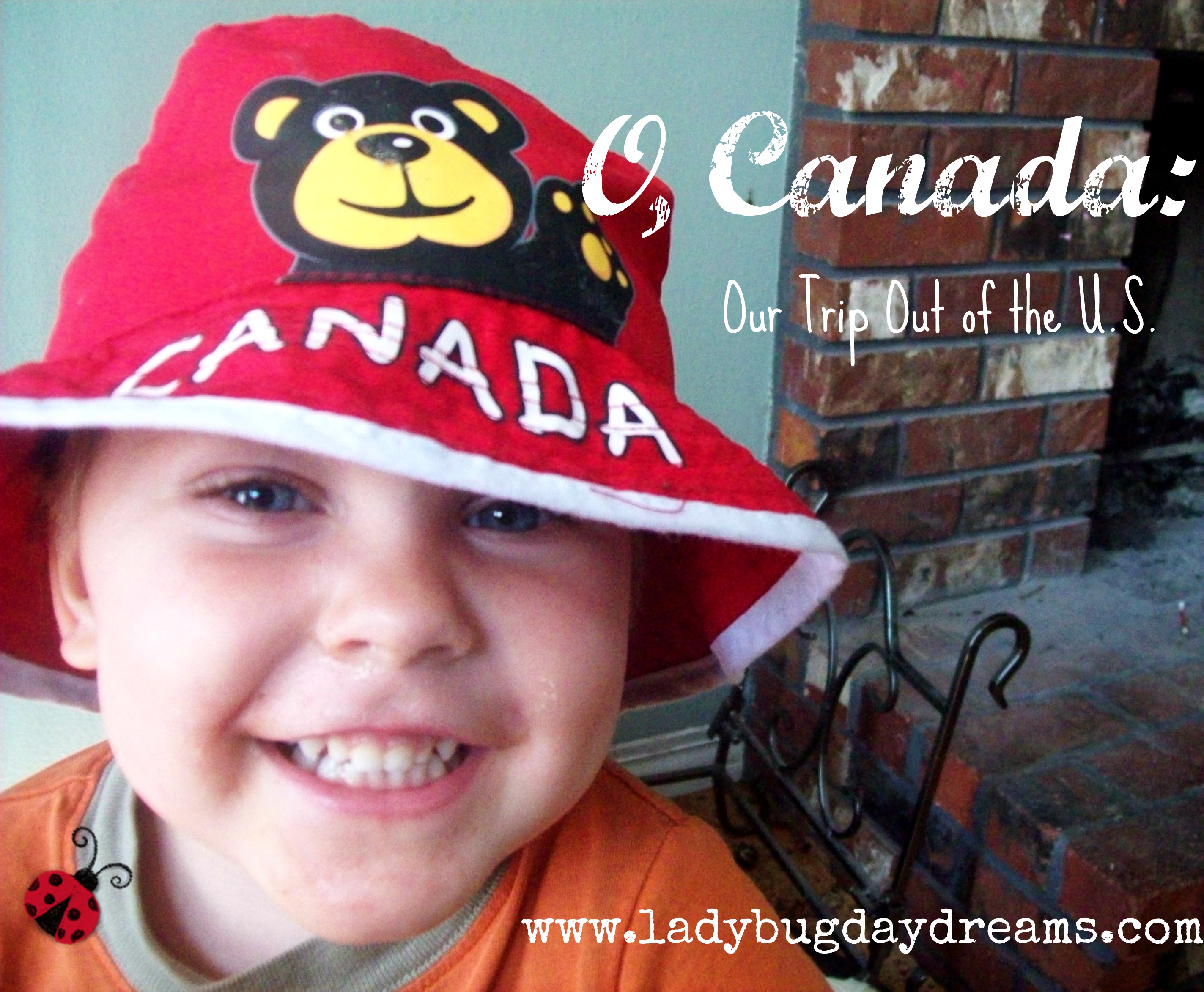 If you’re new here, welcome! This post will make more sense if you read Part 1 and Part 2 of this series before reading this one.

When we last left off, our family was resting in our motel room. After sleeping just fine throughout (most of) the night, we awoke right around 8 am and headed down for a continental breakfast before checking out. Remembering that I was still incredibly sick, I really hoped that Will would decide to just come home rather than going into Vancouver for the day. By the end of the day, even though I still hadn’t eaten anything, I was glad he didn’t make that decision.

Vancouver, British Columbia is a big city – bigger than any I’ve spent any time in before. There was so much to do there, and it was difficult to decide where to go first, but as you’ll see, circumstances beyond our control made those decisions for us.

Our first destination was Stanley Park. We thought that would be a great place for American tourists because there are things such as the local aquarium and a horse-drawn carriage ride through the park there. Unfortunately for us, the aquarium was closed the day we were there, and the carriage ride was out of our price range. So instead, we wandered the park for about an hour before leaving in search of other things to do. But before we left, we were greeted by a Canadian Mountie horse who was “docked” in the same parking lot where we’d left our car. This horse was not there when we’d parked an hour earlier, so it was a real treat for the boys, especially Small Fry. All three of them (and Will and I) had a good time looking at the horse, talking to him (her?), and petting his nose with the blessing of the Mountie.

From Stanley Park, we decided to go to “downtown Vancouver,” or what our hotel concierge (do inexpensive motels have concierges?) called “what you think of when you think of Vancouver.” It was just a short drive from the park, and it was chock full of interesting souvenir shops and neat things to do. The funniest thing about this portion of our trip was that we parked at one end of the pier (keep in mind, parking here is NOT free) and walked around for a while. When we realized that we were pretty far from the car – and didn’t have that long left on our parking stub – Will and Seahawk decided to go move the car to a spot closer to where we currently were. Munchkin, Small Fry, and I looked around a couple of the shops trying to find souvenirs for ourselves and the grandparents during this time. (We were very successful. We got a Christmas tree ornament for our family, magnets for Will’s dad and stepmom and my mom and stepdad, and a keychain for my dad. Each of the big boys got a pocket watch, as well as a pencil for themselves and their friends, and Small Fry got the hat you see in the picture.)

Okay. So now Will and Seahawk have rejoined us in the shopping district. Will decides he wants us to try to find the Sea Bus, so we start walking. We ask a woman working in a shop right on the water, and she tells us it’s about seven city blocks up the way. No problem. We routinely walk farther than that, so we decide to make that trek. We walk. And walk. And walk. No sign of the Sea Bus anywhere. Eventually, Will realizes that we’ve walked a long way from where our car is. We’re not in danger of running out of time yet, but he knows that I’m not feeling well and probably won’t want to walk all the way back, especially if the Sea Bus is much farther than we’ve already come. So the younger boys and I sit down to rest while he and Seahawk move the car. Again.

At this point, we think we can see the Sea Bus, so we follow the water around a huge building. We have no idea what this building is, but it appears to be either closed for the weekend (we were there on a Saturday) or abandoned. But it is huge. We end up walking around three sides of it – still haven’t found the Sea Bus yet – and upon coming up the third side, we discover that we’ve walked probably over half a mile only to end up about fifty feet from where we started. Sigh. So we walk up the street, and finally – finally – find the entrance to where the Sea Bus is. The ticket terminal isn’t clear on fares for children, so we buy five adult fares, just to be on the safe side. We board the Sea Bus and ride it across the water. All passengers are required to get off at the other side, so we move as quickly as we can to get back around to the entrance so we can get back on for the return trip across the water. (The Sea Bus isn’t super fancy; it’s just a ferry for locals to get across the water to their homes and/or jobs.)

At this point, it’s been quite a long day. We stop at a fast food place to feed our children (A&W), and I have a root beer, which ends up being the first thing I’m able to keep down in days. I don’t even try any food. We get back to our car with mere minutes before our parking stub runs out of time, and we head out of the shopping district, deciding it’s time to head home since we have an 8-hour drive ahead of us.

The only map we have is the one that feels like it was the back of a tray liner from a fast food place (it wasn’t; we got it from the motel), and it doesn’t have all of the streets on it. It’s too basic for that. But we do our best to follow it. Will’s got a pretty good bump of direction, so he’s confident he’ll be able to find the road that will take us back to America; all he has to do is drive away from the water, according to the map. So he does this, and things are looking good. We drive over a bridge, right about the place where the map says there is one, and we’re feeling pretty good about our location. But then we enter a residential area. Not exactly what we were expecting for a big road that will turn into the Canadian equivalent of an interstate, but okay. After driving through this residential area for several miles, we begin to think that maybe we’re lost after all. But we have no way of knowing, because none of the streets we’re passing are on the map.

Finally we get to a place that is on the map: the University of British Columbia. Which is pretty much the exact opposite direction we need to be. But at least we know where we are now. We turn around and get going the right way.

We cross the border back into the United States around 5 pm, and just like in the movies, the border agent says, “Welcome home.” Six hours later, right around 11 pm, we get back into our hometown. Will drops me off at ER and brings the children home to sleep in their beds. I spend the next three hours getting my nausea under control and being rehydrated, and Will and the boys sleep. When I’m discharged from the ER, I call Will and he leaves the boys in bed and picks me up. (We live less than a mile from the hospital, plus with Seahawk being almost 12, we were okay with them being alone for those 10 minutes we were both out while they slept.) After our exciting weekend, and my still-questionable health, we decide to stay home from church that week.

After getting “fixed up” at the hospital, and everyone sleeping in as late as they wanted, we were all feeling pretty good by Sunday night.

And that was our first experience taking our family outside our homeland.

I’ll have one more post about our trip up, probably next week, but it won’t be a chronicling so much as how we “coped” with being on vacation while I was so sick. I hope you’ll come back for that.