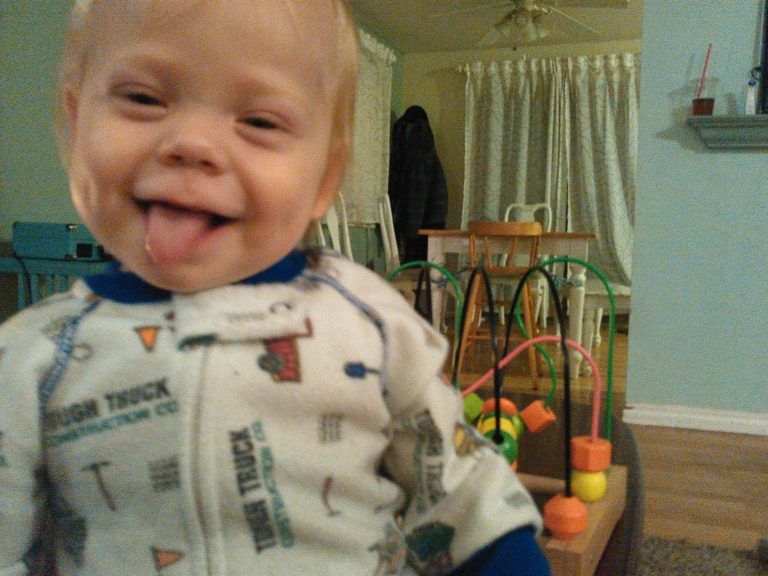 Only one more month until baby Dragonfly has his first birthday! Oh, how time flies…

Clothing size: 12 months. He’s been in this size since he was about 9 months old, so I expect him to outgrow them pretty soon

Teeth: While he was a late teether (none until nearly 10 months old), he now has 3, and one more is imminent

Other: In the past couple of weeks, his hair has gotten pretty thick and long. Just a couple more months and he’ll be ready for his first haircut. He started walking right around his 10th month birthday;  now at 11 months, he walks more than he crawls. Even though he was a late teether, he was an early walker.