For Seahawk’s birthday, we wanted to get him a “gift that would inspire” rather than just something else to clutter up the kids’ room (since they’re all 4 in one bedroom at the moment). So we found a puppet from a toy store, and we got some books on puppeteering from the library. He had loads of fun with that, and has continued to have fun for the 5 weeks since his birthday. So much fun, in fact, that the other kids wanted in on the fun. Exactly what we’d hoped to accomplish!

After that, Will went online and found a “make your own puppet” pattern, so he downloaded and printed it it, and the boys have been making these puppets for themselves quite a lot since then. It’s really neat to see their creativity flow and how many different puppets they can make from the same pattern. Even Dragonfly is getting in on the action – not of making puppets (since he’s only 2), but of playing with them. He just loves all of the puppets! Will even watched an episode of Sesame Street with him once since then, and he immediately recognized the characters as puppets. That’s something Will readily admits he didn’t understand until he was much older.

So today, I wanted to share a picture of Seahawk with one of the puppets he’s created. The nose is entirely his creation – the pattern didn’t include that. 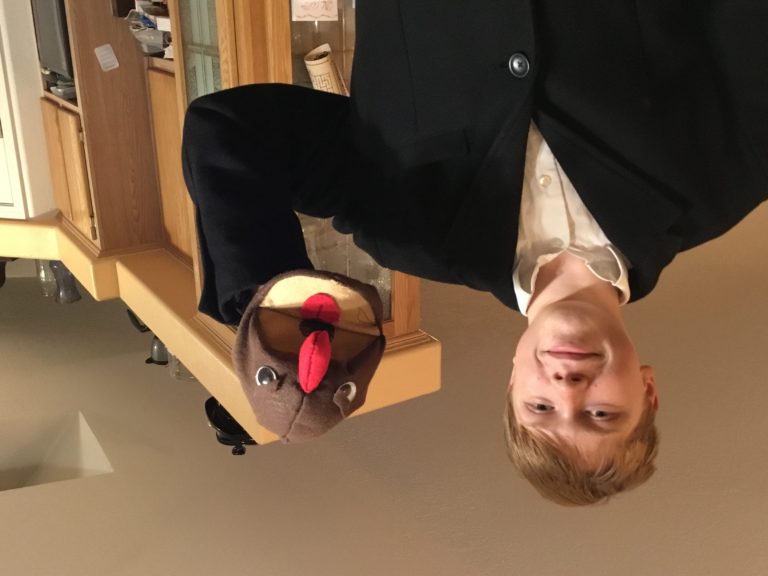