Spelling is a subject that is fairly important, but can be tricky to teach. I’ve struggled to teach it in the past because I’m a naturally good speller. I don’t understand having to “learn” to spell; I’ve always just been able to do it well. I had to deal with this a few years ago with Ballet Boy (he’s still not the best, but his writing is at least decipherable now – once you get past his handwriting!). Now that Grasshopper is the age to start dealing with spelling, I wanted to try to nip any potential problems in the bud, so we signed up to review Spelling Ninja from Reading Kingdom. 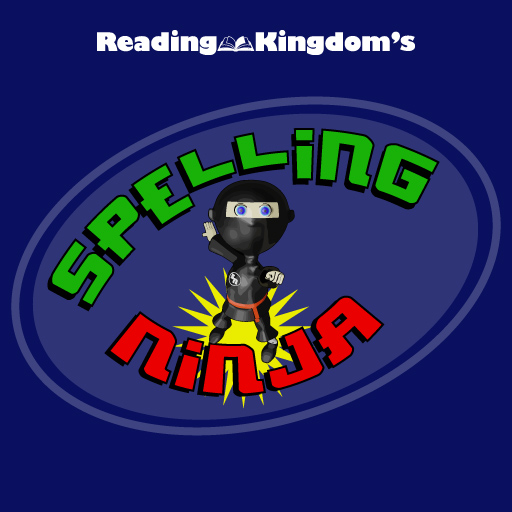 Spelling Ninja is an online program run through the website (not an app). Once you sign in and choose your student’s name from the list, you’re taken to that student’s home page, from which you can launch the program. It’s recommended that your student plays Spelling Ninja 4 days a week for optimal results. 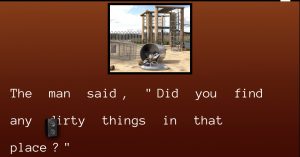 The “game” itself is easy enough to understand. There is a picture at the top of the screen and a sentence below it. The student studies the sentence and then clicks the little star box when they feel ready. If they take a long time to study, the question eventually starts on its own. To pass each question, they simply have to type the words (spelled correctly, of course) into the boxes. Correct capitalization and punctuation is a must. The picture stays in place throughout the studying and typing process, but the sentence disappears a few words at a time. This means that in addition to spelling everything correctly, you must remember the words (which wasn’t usually too hard, but we did sometimes struggle with the specifics when a certain blank could have two words that both made sense in the sentence). The words in the sentences build on each other, meaning that you’ll see very similar sentences at the beginning (Can these kids read? and These kids can read.), but new words are introduced over time. Then those new words are shown over and over in a variety of different sentences. The sentences get longer and longer as you go because there are more words to choose from. There are 10 sentences per lesson. 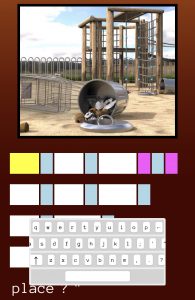 When we first started, I had Grasshopper work on this on his own, with me watching to make sure he understood what he was doing. It quickly became apparent that that was not going to work long term. Grasshopper has a working knowledge of the keyboard, but he’s not a typist by any stretch of the imagination. He was having to type every single word many times, even when he got the correct spelling because he couldn’t get it typed in fast enough. So the next day, we switched it up and I did the typing while he dictated the letters to me to spell each word.

We worked 3-4 days a week this way (me typing, him dictating), and we had reasonable success. Grasshopper was able to get most of the words quicker, and there were just a few words that he needed to “study” with each new sentence. I really liked that he was able to get the spellings correct so much quicker over such a short period of time (I saw improvement after just 2 or 3 lessons). However, the time limit of the program was really frustrating for us. Even when I went in and adjusted the amount of time allowed before getting marked “wrong,” we still sometimes struggled. For example, in a sentence that’s 12 words long, you can be working along just fine, get the first 8 words spelled correctly and in the time limit but miss the 9th one. When that happens, you have to retype the entire sentence from the beginning, not just the word you missed. It got to be really demoralizing for Grasshopper and frustrating for me.

If your student knows the keyboard well and can type quickly, then Spelling Ninja would likely be a great fit for you. It wasn’t our favorite program ever, but I can definitely see the benefits to it and am pleased with the successes we had.

Members of the Homeschool Review Crew have been trying out three programs from Reading Kingdom; make sure to click over to the main website to read reviews on Counting Kingdom and Story Smarts as well as Spelling Ninja.