Last year, I wrote about how I was going to try to plan a weekly menu instead of shopping daily. Back then, the plan lasted all of one week. That’s right: we couldn’t even make it work once. So I just kind of accepted it, and we went back to daily shopping. Fast forward to two weeks ago, and I decided it was time to try weekly planning and shopping again. This corresponded perfectly with the arrival of a book for review I requested from Blogging for Books: Supermarket Healthy by Melissa D’Arabian. The premise: It really is possible to make wholesome, healthy meals using whole-food ingredients found in a regular grocery store.

The book, like any standard cookbook, is divided into types of meals: snacks, breakfast, pasta, sandwiches, poultry, beef, soups, etc. We haven’t tried recipes from every category, but we have from several of them. Some of the ingredients aren’t as readily available as I hoped, at least in my area, so I’ve had to make a few substitutions (kale instead of Swiss chard in a soup, for example). But despite that, I have definitely found that the recipes in this book are absolutely amazing. And doable with “normal” ingredients. Out of the 15 or 20 that we’ve tried so far, all but two have gone onto a list for regular rotation. To have found at least a dozen new recipes that we all love is a wonderful thing.

My main complaint of this book is that it’s a trade paperback. I think cookbooks should always be printed with spiral binding so that it will stay open to make following the recipes easier. Additionally, I would like to see a photo of every recipe. I know this isn’t always feasible, but it’s very helpful in making sure you’re building everything correctly. These criticisms are minor in the long run, though. The book is so full of amazing recipes that I’m happy to overlook the problems.

So, what have our favorites been? I can think of three offhand that were exceptional. First, the sausage-lentil soup with chard (we used kale). The soup was very flavorful and hearty, and making it with brown-n-serve turkey sausage made it easy and healthy. We were all kind of sad when the pot ran empty. Next, the garlic chicken with potatoes. Oh, my goodness, that was amazing. Start by roasting some potatoes (whatever kind you like – we used slices of Yukon gold) and (a lot of) garlic in a roasting dish (I used my deep dish 9×13 baking pan) with a little bit of olive oil. END_OF_DOCUMENT_TOKEN_TO_BE_REPLACED 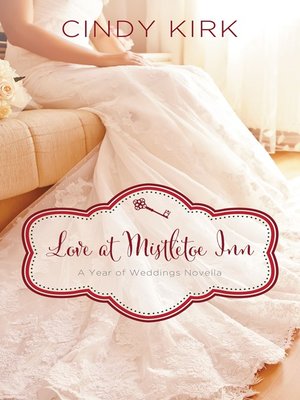 Hope and John made a huge decision when they were just 18: they skipped their senior prom and went to get married instead. Immediately upon being pronounced man and wife, Hope regrets the mistake. The “minister,” a college student ordained online for the sole purpose of performing weddings, assures her that if he doesn’t send in the paperwork to the state, it will be as if the marriage happened. Not legal. She feels better armed with that information. END_OF_DOCUMENT_TOKEN_TO_BE_REPLACED

I recently joined BookLook Bloggers, and I must say: if all the books are as good as the one I just finished, this will be a match made in Heaven!

I’ve had a couple of people ask me what I was reading recently (I read this book on my Kindle), and the simplest way to explain it is what I told them: a historical romance set over the backdrop of a murder mystery. END_OF_DOCUMENT_TOKEN_TO_BE_REPLACED

If you like reading this blog, please consider signing up for email alerts. Just click the “Follow” button on the left side of your screen and enter your email address. Thanks!

When you hear the words “teen pregnancy,” what comes to mind? If you’re being completely honest, probably something judgmental. It’s a nasty part of our human nature that can rear its ugly head whether we want it to or not. The Pregnancy Project: A Memoir by Gaby Rodriguez explores that part of us, and her findings were . . . I want to say “fascinating,” but I’m not sure that’s enough. Or maybe that’s being too nice. Yes, “fascinating” isn’t the right word at all. Her findings were exactly what she expected they would be, only magnified several times over.

Let me back up a bit and explain the project in case you haven’t heard Gaby’s story, as I hadn’t until her book caught my eye and I picked it up at the library yesterday.

Her high school, like many others these days, requires a “senior project” for graduation – something that either teaches the student a new, marketable skill (my sister-in-law did an internship at a radio station), or something that interests the student (volunteering at an animal shelter, with a social worker, or in a bakery), or something that the student thinks will make a real difference in his or her community. The latter is what Gaby Rodriguez chose.

The youngest of 8 children, and born when her mom was only 35, Gaby had an upward battle ahead of her from birth. Her mom and all of her sisters were teen mothers, and it was just expected that she would become one too. The fact that she was an honor student never entered anyone’s thoughts when they laid our their expectations for her. She didn’t want to follow in her family’s footsteps. She wanted to forge her own way in life. She wanted to make a difference in her school. In her community. That’s just what she ended up doing, only much larger than even she expected.

During her junior year of high school, she chose her senior project and got approval from her principal. Usually that was done during the first part of one’s senior year, but Gaby’s project required more notice and preparation than a typical senior project. You see, she wanted to explore stereotypes and how rumors can affect people. Which friendships are for real and which ones aren’t. And this goes for family as well as friends. How was she going to do this? By living down to everyone’s expectations of her. By getting pregnant in high school.

But Gaby was too smart for that. She knew she didn’t want a baby at 17. And she was responsible enough to make sure it didn’t happen. So in order to conduct her experiment, she decided to fake a pregnancy. She told the minimum number of people she could (her principal, the school superintendent, her mother, one sister, best friend, boyfriend, and doctor) in order to keep the results as pure as possible. Her principal and superintendent had to approve the project. Her mom helped her with the fake “baby bump,” and her best friend and sister were her eyes and ears when she wasn’t around. They took notes for her and helped her prepare her final presentation.

Her family was disappointed in her. Her classmates talked often about how they weren’t surprised because of her family history (though never to her face). Her boyfriend (3 years older than her, so no longer in school) was the butt of everyone’s criticisms. And Gaby herself was frustrated, angry, and borderline depressed at times. She thought she’d been prepared for the project, but the downright meanness of most of the people she encountered was even more than she’d bargained for.

Fast forward to the end of the school year. The principal arranged an all-school assembly for the “big reveal.” Her mom and boyfriend were in the audience (when asked by a teacher how far along Gaby was just before the assembly, his reply was “it will be over soon” – I loved that!), as well as a local newspaper reporter. She showed YouTube videos supporting her claims of the negative impact rumors and stereotypes can have on young people and talked about how hard it was to be a pregnant teenager. Fifteen minutes into the presentation, she made the announcement, “I’m not pregnant” and removed her fake belly. Gasps could be heard all over the auditorium, followed seconds later by applause. She’d made her impact on the students.

The next day, she learned that she’d made an impact far bigger than she ever dreamed possible. She didn’t get a small, two-paragraph article buried deep inside the local paper, she got a front-page, above the fold article that was sent to the Associated Press. Within mere hours, news outlets from all over the nation wanted to interview The Girl Who’d Faked a Pregnancy.

So. Onto my thoughts on the book.

I wasn’t looking for a book to read when I went to the library yesterday. We went there for a “back to school” even they had for kids, and I wanted to get some books to help us learn Spanish. But this book caught my eye (it was cover-out on the shelf of new releases), and I stopped to look more closely at the cover. The subtitle, “I pretended to be pregnant in high school” intrigued me, so I checked the book out. No harm if I didn’t finish it, or didn’t like it; it was a library book – it wasn’t like I was paying money to read it. I came home and started reading right away. I couldn’t put it down. Her storytelling is very good for someone so young (even if she did tell her story to a professional writer who actually wrote the book). Her project idea was incredible; I don’t think it was something I would ever have had the courage to do in high school, even if I had done a senior project (my school introduced the infamous idea the year after I graduated). She caught a lot of flack from media types, especially bloggers, after her story went viral. A lot of people thought she was just attention seeking. After reading her memoir, I feel comfortable saying that was certainly not her goal. She just wanted to draw attention to a very real problem in her community and raise awareness for people in how they treat these young men and women. Yes, men, too. It takes two to make a baby, and the boys are often forgotten in the teen pregnancy epidemic.

I think the book can be a good learning tool for mothers of teen daughters. “Just look at what this girl went through, and she wasn’t even really pregnant.” It can be a warning of sorts. We need to raise our sons and daughters to understand the consequences of their actions, and those consequences (in this case) start long before the responsibility of the baby actually comes along. You can lose your friends. Your family might be mad at you. And on and on.

The book itself was a quick read – I was able to read the whole thing (218 pages) yesterday. The content was interesting, and the style simple. I definitely recommend reading Gaby’s story if you can find it at your local library.