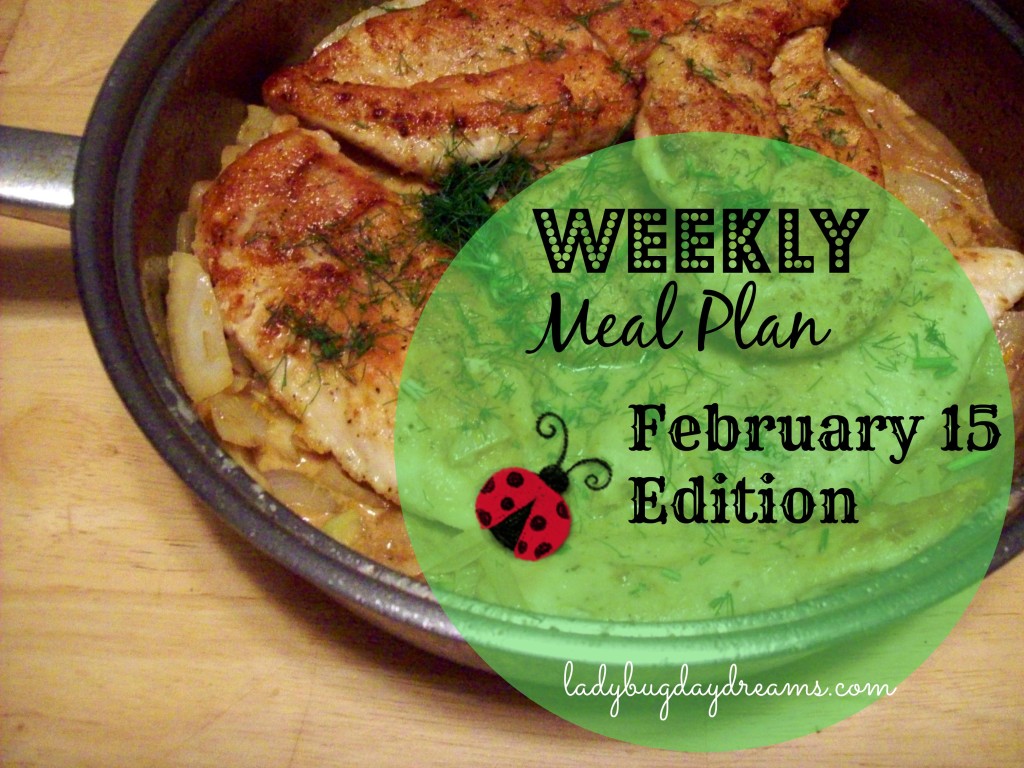 As a way to help keep me on track with my weekly shopping instead of daily shopping, I’m going to post our weekly menus for a while. Maybe it’ll give you some new recipes to try; I would love if these posts helped you guys out in some way instead of working solely as something selfish for me. If one of the recipes doesn’t have a link to a recipe and you’re interested in how to make it, let me know in the comments, and I’ll post a recipe later in the week. The other reason I’m posting this is because last week, I made a menu plan and corresponding grocery list, bought all the groceries for those meals, and then misplaced the list. So I ended up having to try to remember what I’d planned or, more often, just reverting to my old habit (from when we shopped daily) of cooking whatever sounded good that day. By posting our meal plan here on the blog, I’m not going to have to do that again.

As a rule, we just eat cereal for breakfast, so I don’t plan those outside of making sure we have cereal in the house. We have fruit (usually apples, bananas, or oranges) for snacks, so I don’t plan those, either. I do plan lunches, though, whereas a lot of these kinds of posts (that I read) on other blogs only cover weeknight dinners. A fair number of the days, Will is here with us and he doesn’t like a regular cold sandwich, so I have to have something “more” planned for lunch. If I know in advance that it’ll just be the kids and me, we’ll usually just have grilled cheese sandwiches. END_OF_DOCUMENT_TOKEN_TO_BE_REPLACED