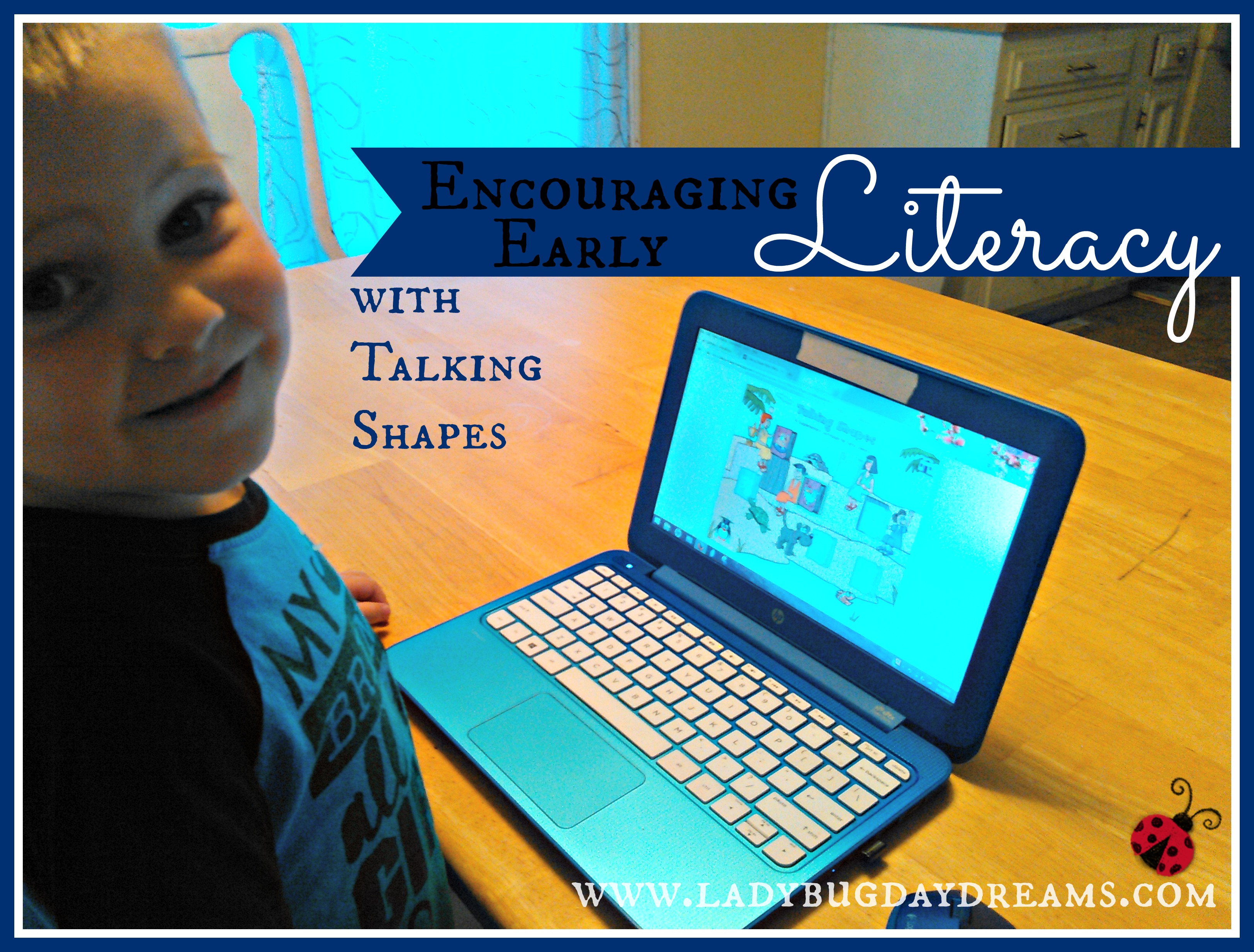 In my years on the Schoolhouse Review Crew, most of the products we’ve been blessed to try out were for the older boys – they were the ones who were school-age, after all. But now, as Small Fry is getting older and bigger (he turned 4 last month), he’s excited to start some formal learning of his own. (Only some, though. He’s not even old enough for Kindergarten yet, especially when you consider our state doesn’t have compulsory education requirements until age 7.) When this new review opportunity from Talking Fingers Inc. came up, I knew he’d be super excited to try it out. I sat down with him and watched the sample video on the website, and he was hooked! So we eagerly requested to be on this review.

So what is it? It’s called Talking Shapes: A Supplemental Curriculum for Early Literacy. The title just about sums up what the program is, but I’ll go into more detail over the course of this post. Put simply, it’s a computer-based program that teaches young children (kids who are ready to start reading, about 4-5) letter sounds in a fun way.

The company’s website states that this is an iPad app. While this is true, they are also now developing the same program as a web-based computer program. The web version is what I’m reviewing today. 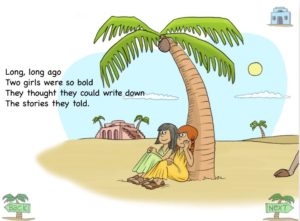 The fictional characters in the program live in ancient times, and the two girls love to tell stories. They just wish there was a way of recording their stories so that wouldn’t forget them from week to week. In order to accomplish this, they develop a system of making symbols/pictures represent sounds, and now they’re sharing that system with young learners using the program.

The program is divided into seven “books,” and Book 1 (The Fat Cat) works with a simple CVC set of words. Because Small Fry is at the lower end of the age range for this, we took it pretty slow – it is, after all, his first exposure to reading and writing (outside of forming the letters for his own name). During the past month, we’ve made it through Book 1, which teaches -at words (cat, sat, hat, and fat). Each letter is given a picture to help children learn the shape of it (C is a cat, S is a snake, H is a hat, F is a fox, A is an acrobat, and T is a tree). These pictures are used throughout the lesson for consistency. 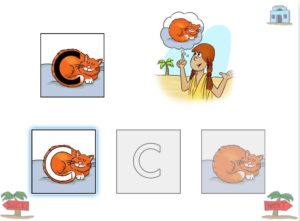 This screen shot shows the three ways children are asked to “write” the letters.

The book starts by reading a story to the child, which includes the base story (about the sisters developing the system of writing) and the focal words for the story – in Book 1, it’s the -at words I mentioned before. Each word appears in the story multiple times, and at certain points in the story children are given the task of repeating the sounds and “writing” the letters for the words three times each. The first time is traced, with the picture and the letter superimposed together. The second time is just the picture and the child writes the letter over the top. Finally, there’s an empty box where the student draws the letter “from scratch.” This can be done on a touch screen (if you have one) or with the mouse on the computer. My laptop has a traditional screen, so we used the mouse. It quickly became apparent, though, that this wasn’t going to work for my son long-term. It was too hard for him to control the mouse, and I didn’t feel like moving a mouse on the screen was the same as writing, anyway. Also, the program doesn’t recognize whether you draw the lines in the right order or not, only that you’ve traced the predetermined locations of the lines. To combat this, I helped him with the mouse maneuvering and then had him write the letters on a sheet of paper separately as those activities came up. 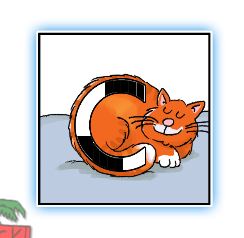 An example of how it’s possible to draw the letters out of order.

Once you reach the end of the story, there are some games utilizing the words learned. For Book 1, there’s a stanza that has all of the focal words as well as few other -at words. The program reads the poem aloud, then on the second pass, the focal words for the lesson are removed and students have to find the right one from floating balloons.

I think this program is a pretty good introduction to early literacy for young children. It’s a much more fun approach than the book we used for teaching Seahawk (now 12) to read. I think making reading fun instead of difficult or hard is important for creating life-long learners and readers. Talking Shapes is perfect for that. My only critique of the program is the writing portion. Doing that digitally isn’t very effective for very young children, especially when you take into account the fact that you can just scribble the mouse over the letter and make it work. I can’t think of a better way other than having a separate workbook, though, and that’s not going to be ideal for every family either.

So that’s what I think… What about my son? Well, he absolutely loves this program! Every single day, he asked if he could do “my school.” He is so excited to work on this program daily, and that is high praise from a 4-year-old. Having such a fun way to work on words and sounds will ensure he learns to read and ends up enjoying the pastime.

All told, if you have a child who’s ready to start learning to read, I think Talking Fingers’ Talking Shapes is a great way to go.

There are 43 members of the Review Crew blogging about Talking Shapes this week. Make sure to hit the Crew blog for more reviews.