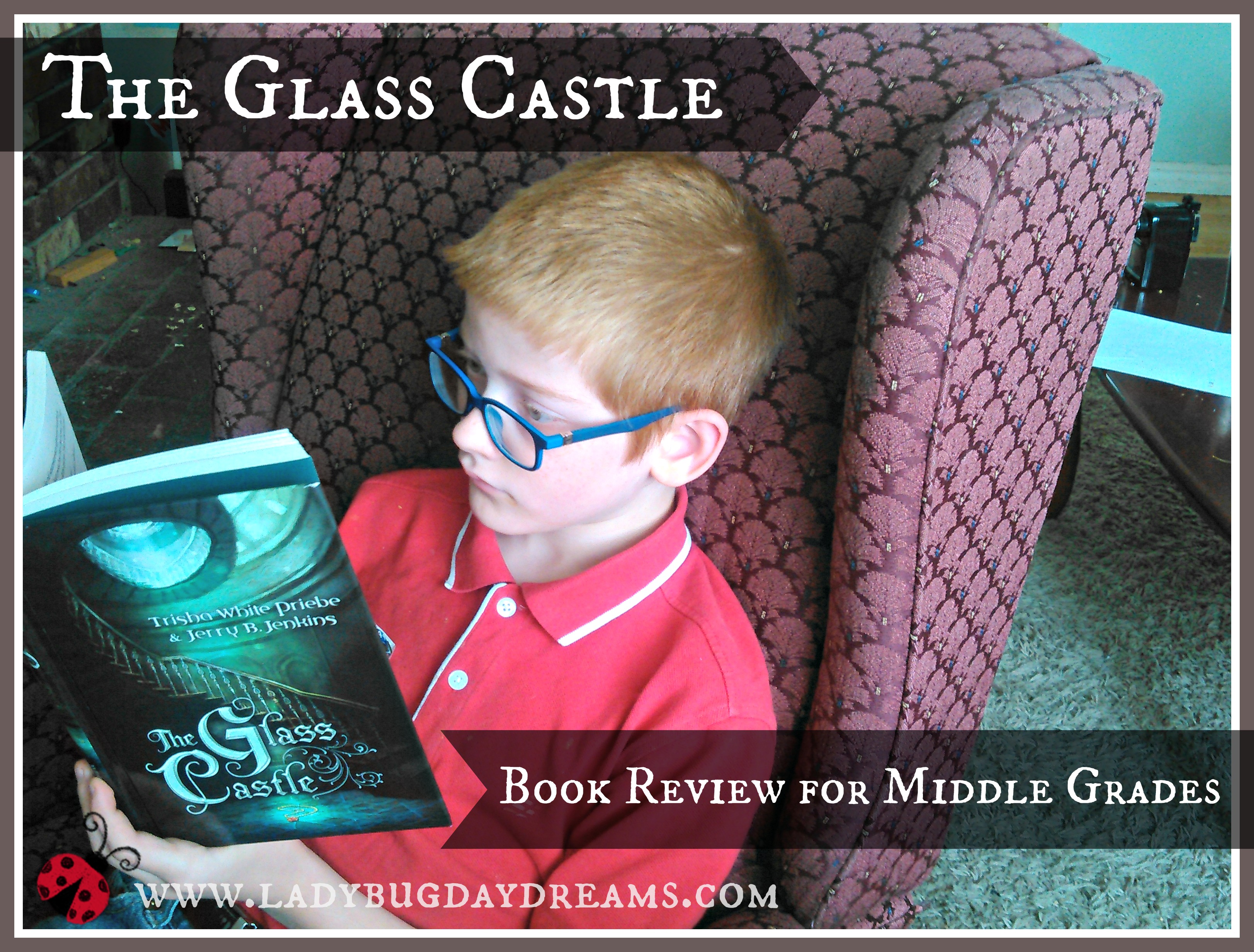 It’s not often that a review from the Schoolhouse Review Crew comes through that doesn’t really involve me at all. But this one was just that: a book for middle-school age kids. Because my middle schooler isn’t all that keen on voluntary reading, Munchkin, who is finishing up 4th grade (but reads and comprehends at a much higher level), was the beneficiary of this book.

The Glass Castle by Trisha White Priebe and Jerry B. Jenkins (famous as the co-writer of the Left Behind series) is published by Shiloh Run Press and is a lovely hard-cover book. The cover is printed rather than having a dust jacket, which can be good or bad depending on your viewpoint (a dust jacket can protect the book, but it can also get lost or damaged itself). The book has 41 chapters, but that’s not something a reader of this caliber (middle grades) should be afraid of. Each one is fairly short, and the story is such that it’s a real page turner (at least, that’s my impression considering my 9 year old read this book in about 3 days).

Since I didn’t actually read this book myself, I’m going to turn the review over to Munchkin at this point. Here are his thoughts.

The book is about a girl named Avery. She is 13 years old and has a 3 year old brother named Henry. Avery gets captured while she’s out in the woods on her birthday and brought to a castle. While she’s there, she meets Kate, Kendrick, and Tuck. These characters are all 13, like Avery. They live at The Glass Castle, which is a castle where an evil king keeps children because one of them might end up being the heir to his throne. The king had a child who “died” about 13 years before the book takes place, so he’s not sure which child in his kingdom of this age is or might be his heir. All that said, the king is actually a fairly minor character. Instead, the book focuses on the children and how they run the castle’s day-to-day operations. They make their own food and clothes, as well as the king and queen’s crowns.

Avery can see her father’s home from the castle, so one day she escapes and goes there only to find that her father no longer lives there. So she goes back to the castle. She’s so sad that her dad isn’t there anymore that she decides to live at the castle, at least through the end of this book (there is a sequel coming in Fall 2016).

I really liked this book. The plot was exciting, and the characters were neat. My favorite character was Henry, even though he’s only in the first chapter. I like him best because he’s tiny and funny. The other characters were pretty okay. They were likeable enough, but I’m not sure they felt “real.” I was very surprised to find out Avery’s dad didn’t live in the house anymore. I felt kind of sad for Avery when she discovered that. If I was in her same situation, I probably would have done the same thing (gone back to the castle).

I liked this book so much that I’m definitely looking forward to the next one. Lucky for me, my birthday is in the fall!

So there you go. Right from the “mouth” of a child in the proper age range of this book, his review. (And I think he did a good job considering it’s his first time reviewing something on his own!)

Other Schoolhouse Review Crew members and their children are writing about The Glass Castle this week, so make sure to read those reviews, too!