Generally speaking, my husband prefers us to use the Bible (and only the Bible) for spiritual things. For that reason, I was a little unsure about reviewing The Wonder of Creation: 100 More Devotions About God and Science from Indescribable Kids and Tommy Nelson Books. The difference for me was the science aspect of this book; I was really interested to see how they combined science and faith. (For the record, I think it is absolutely possible to believe in both, so I wasn’t looking for a “gotcha” or the need to feel vindicated on anything. I just wanted to see how the author, Louie Giglio, went about it.) 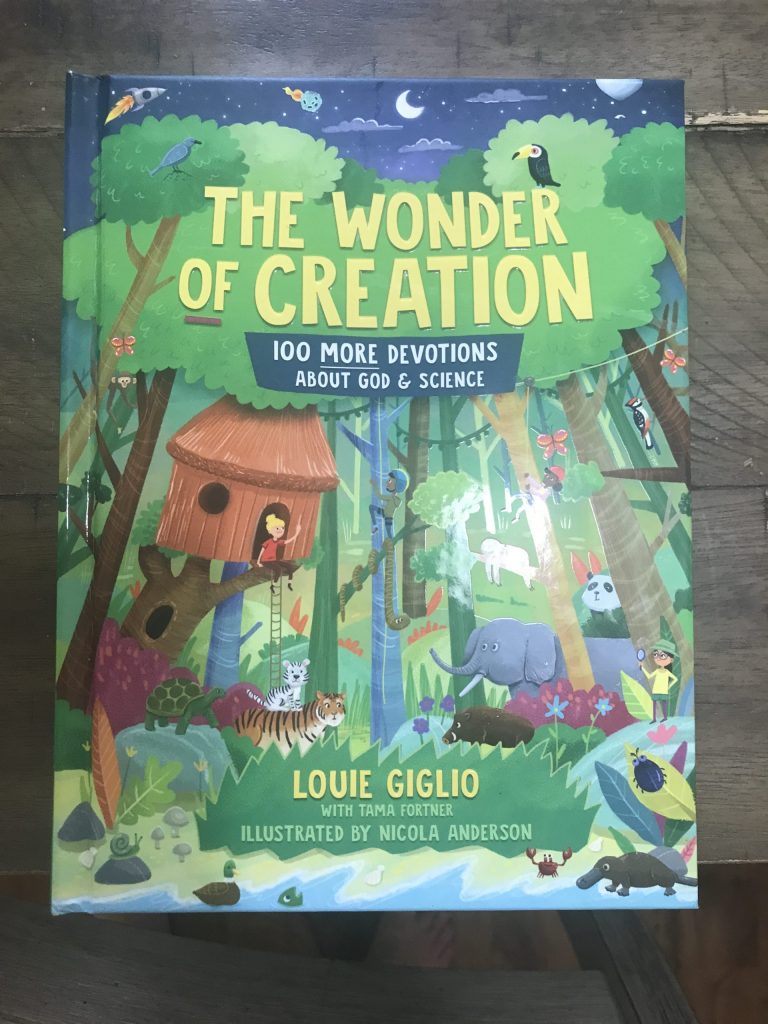 This book is a lovely, hardcover edition with full-color illustrations (some drawings and some photographs) and covers a wide variety of topics. There are devotions on space, animals, weather, and the ocean (among many, many other topics). We started at the beginning and just read through the book, reading one devotion a couple of times a week. Grasshopper (age 9) did the reading mostly on his own. 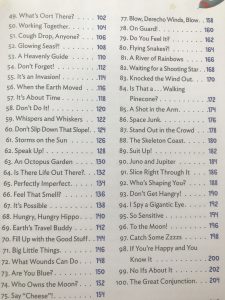 Once you get into the actual devotions, you’ll find that they’re mostly science with a little bit of faith thrown in at the end. Each one takes up a two-page spread in the book. There’s approximately one half-page illustration per devotion, and some of them have photographic illustrations to help explain the point also. Additionally, the title of each devotion is nice and big to set it apart from the text. Below that is a Bible verse that the lesson is based on.

Then you get to the meat of the devotion, which is usually about a page, maybe a tiny bit more. It covers a lot of the science stuff, like I mentioned before, and then the last paragraph or so ties that science back into faith. For example, in the first devotion, titled “Get a Little Closer,” talks about how scientists say they know more about the surface of Mars than the bottom of Earth’s oceans. Mr. Giglio, the author, talks about how scientists are working to fix this by sending divers and machines down there to map the ocean floor. He then brings this to spirituality by reminding children that if the only time they meet with God is once a week at church, they might learn some things about him, but they won’t really know him. Just like the scientists need to actually get down into the bottom of the ocean in order to really understand it, people need to spend adequate time with God in order to really know him.

One other aspect in each devotion is the “explore the wonder” section, which is a graphical add-on that has even more science information for students to study. These bits would make great jumping off points for further study, if one was so inclined.

To wrap up, here are some of Grasshopper’s thoughts on his favorite devotion to date, called “The Twilight Zone.” 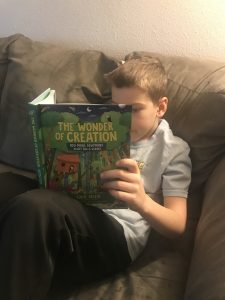 Did you know that it snows in the ocean? But this snow is made out of dead animals and their poop, so you wouldn’t want to go down and build a snowman. The “Twilight Zone” is between 650 and 3300 feet below the surface. Almost no light gets down here. Because the ocean is part of God’s creation, we should do our part to take care of it.

I think this book is super interesting and it can teach a lot of people a lot of things. The pictures are super cool too.

Overall, we feel comfortable recommending this book. It’s mostly science, so it won’t take the place of your Bible. But it is a nice way to show children that God and science are not mutually exclusive.

Make sure to head over to the Homeschool Review Crew to read more reviews too!