Goal setting is an important part of growing up. It really helps you to succeed in life if you have specific things you’re working toward. TRIVE understands this, but they also know that goal-setting is not an easy (or intuitive) thing to do, so they’ve developed a game for teens and adults ages 15 and up to help them learn this vital skill. 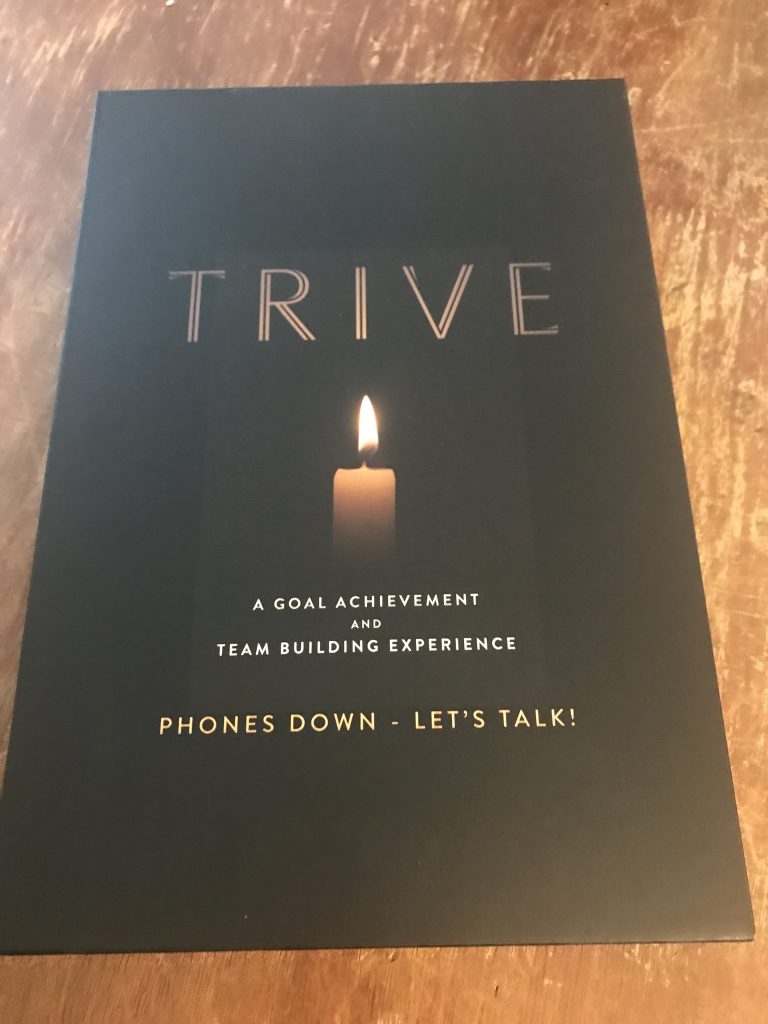 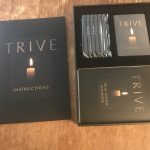 TRIVE is a game to be played with a minimum of 4 people, and up to 6. Because of the nature of the game (it’s designed to help you with life, not just have an objective and when you accomplish it you win), players should be 15 and up. You can play with more than six people, but be aware that if you do, it will take longer due to the discussion aspect of the game.

There are three basic steps to TRIVE: Discovery, where everyone comes together to discuss their goals and choose leaders and private coaches from within the group. Achievement, where you split up for six months and work on accomplishing the goals you set for yourself with the help of your coach. And Review, where you come together after the six months is up and see how everyone did. 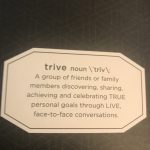 In order to start the Discovery process, you need to gather your game materials and group together. Choose one person to be the TRIVE leader. This person is responsible for writing down everyone’s goals in a shared notebook (provided with the game) and touching base with group members during the six-month Achievement time. He or she maintains contact with every member of the group to encourage them on their journey, and at the end of the six-month timeline establishes rewards. This person can be a member of the TRIVE or just an overseer of the members.

When everyone gathers together for the Discovery meeting, each person is given a minimum of 3 Goal Cards (there are 50 included in your game) and a pencil (game includes 6). Players need one card per goal, and at the beginning of the meeting they take some time to write down their goals. This can be done with words or pictures and is kept private. When everyone has finished with their goal cards, the game begins.

Everyone’s goal cards are put in a pile in the middle of the table and shuffled. One player then selects a Quotable card from the deck (100 included). Players go around the circle and take turns trying to correctly identify the speaker of the quote. When the quote’s speaker has been identified, one of the goal cards is revealed and players try to determine which person from their group made that goal. When the goal-maker is revealed, they tell why they made this goal and what it means to them. Discussion is highly encouraged during this phase of the game. This process is repeated until all of the goal cards have been revealed and discussed. 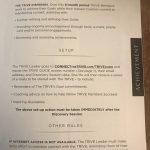 Each Quotable card has a point value. When the Discovery round is complete, the person with the most points gets first pick of the other members to be their coach. Selection continues until everyone has a coach. There are two rules regarding coaches: each player can only coach one other player, and no one can coach themselves. At the end of the session, all the goals are recorded in the leader’s notebook. The leader keeps track of this notebook until the review session, which should be scheduled before everyone leaves.

During the Achievement period, participants work toward all of their goals, working closely with their coach and the TRIVE leader. Goals may be modified or changed during this period with the consent of the player and their coach.

When the group reconvenes six months later, coaches take turns talking about their mentees’ achievements. Coaches give their “students” a score in two areas: goal difficulty and goal commitment. There are bonus points given if you complete your goal within the six month time frame. At the end of the Review session, an award is given for TRIVE champion (the player who received the most points for the achievements) and Best TRIVE coach (a vote from the group). 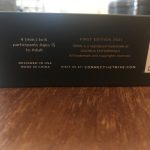 TRIVE is a great way to gather up a family or group of friends who all have the goal of making and achieving goals. It gives a sense of accountability that you don’t often get from just setting the goals. Anyone will tell you that you need someone to help keep you on track if you want to accomplish anything, and with TRIVE you get the benefit of having that someone be a person who’s intimately invested in your success. Their success is your success due to the game nature of this unique goal-accomplishing formula.

Make sure to hit the Homeschool Review Crew website to read more reviews and find out how members used this special game.