I’m not a huge music person, but I knew that when this opportunity came up, my husband would be very interested – he’s a huge fan of Kari Jobe. I was right, and since this is more his forte than mine, I’m going to let him take over the official review portion of this post. First, though, allow me to give a bit of background. 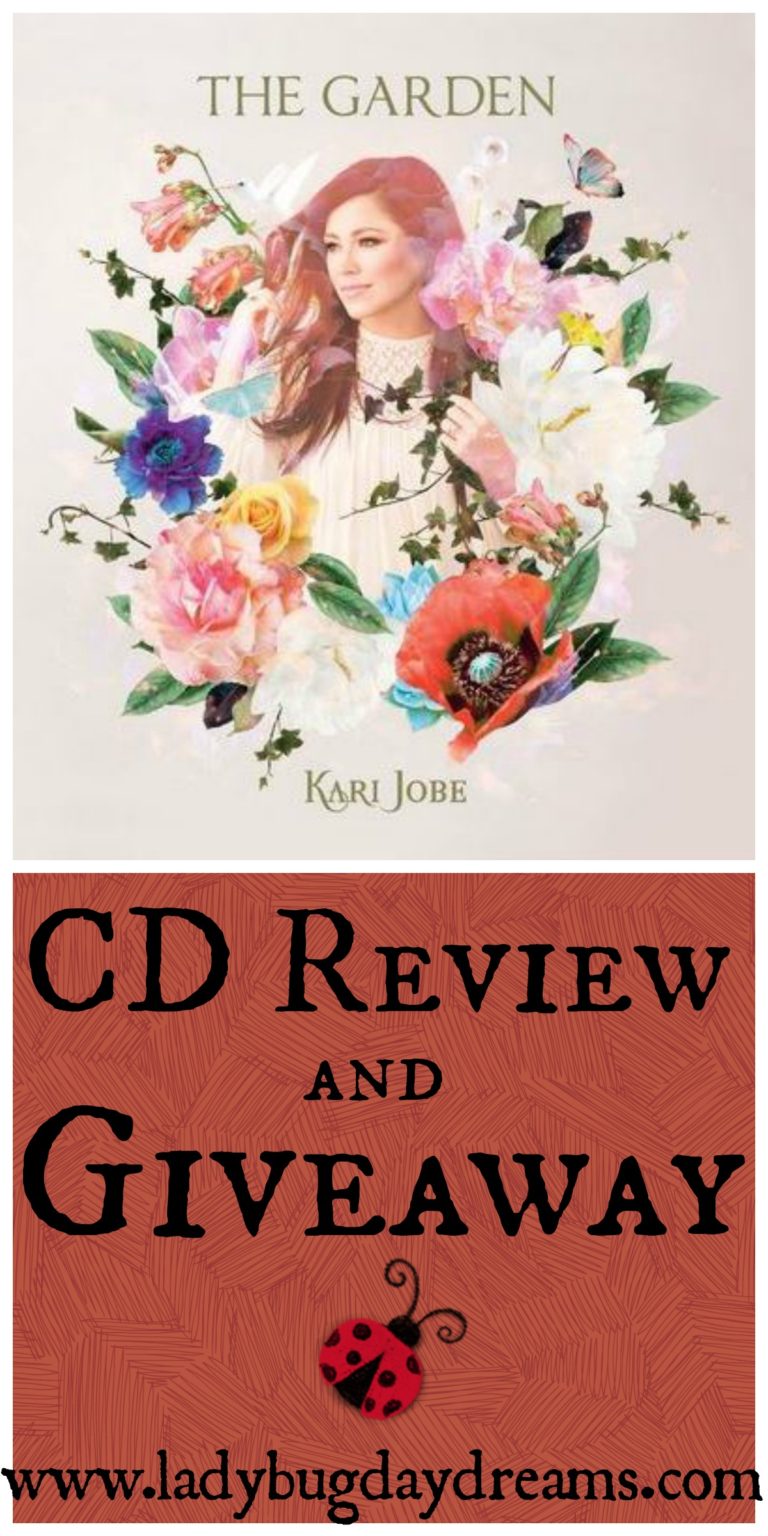 (From the vendor)
Grammy nominated Kari Jobe is the premiere female worship leader in Christian music. Coming off her last live album, Majestic, which featured the worship anthem Forever and radio hit I Am Not Alone, Kari Jobe has returned to the studio to record her new album, The Garden, full of brand new worship anthems for the church and for personal reflection. Finding inspiration from life’s joys and hardships, Kari leans into the firm foundation of Christ through it all.

And now, here is Will’s review.

As Wendy mentioned, I was excited for the chance to get an early copy of the new Kari Jobe record. I’d first come across Kari Job after watching a Michael W. Smith video, and I liked a duet they did so much, I purchased his Sovereign album on vinyl, gave it to my dad, and purchased myself a second copy. While I work, I often run YouTube playlists of her Majestic live shows in the background and I purchased the Majestic Revisited album, which also gets steady play. It’s a tragedy that she hasn’t had a vinyl release yet. I’d be first in line.

This record is very different from Majestic Revisited in tone. I put this one in my player the moment it arrived, and listened straight through, then went back and listened again while reading the liner notes. This album is a lot more lush than the last album, but also a lot more subdued feeling. When I read the liner notes, I understood why:

The Garden is written from a place of lament. Kari Jobe writes that the album was crafted during a season of heartache and that the purpose of the new material is to shine a light on God’s goodness in our moments of despair.

This is unusual in modern Christian pop music, which tends to shy away from lament and focus on more radio friendly themes. Michael Card has commented on this as he notes that much of the scriptures are laments, and he wonders why Christian music neglects this. He’s not the only one to point this out. Fivethirtyeight.com did a complete breakdown on the blissful tenor of most Christian music which was eye-opening for me. Sometimes you don’t notice things until someone points them out for you.

Christian music used to have more laments. Rich Mullins would sing of the bittersweet nature of life and heartbreak. Keith Green would often sing of trials and sadness, especially of those he loved who shied away from God. Twila Paris’ Warrior is a Child comes to mind as another example.

These days it’s not as common.

So, from that side of things, I think the album serves an important purpose in the current music scene. But, with that in mind, it’s not a happy sounding album. If you’re looking for a pop album full of catchy songs, this is not going to do it for you. It’s not that kind of album. It has a lot of beautiful instrumentation, and Kari does a great job with the vocals. From what I’ve seen of her live shows, I can imagine that the road show will be amazing. She knows just how to stage things to really connect with certain emotions. But, these songs are not your traditional pop fare. It’s epic feeling, but there’s not a lot of hooks going on. These songs won’t get stuck in your head.

Some art (books, movies, music) catches your attention immediately. Others take a bit to get into and fully appreciate. But, sometimes, the investment pays off and you find that they become your favorites and become part of you in a way that most things never can.

This album has that potential.

If you’re looking for something a little more mature, and different than your typical Top 40 fare, put this one on. Give it more than a surface listen. Keep it in your player for awhile. The album is about The Garden. Give it time to grow.

If you’re interested in having your very own copy of this CD, enter the giveaway below. The only requirement is to enter your email address (for contact purposes; I’ll never add you to any lists). The other options are for bonus entries only.

Disclosure (in accordance with the FTC’s 16 CFR, Part 255:  “Guides Concerning the Use of Endorsements and Testimonials in Advertising”):  Many thanks to Propeller Consulting, LLC for providing this prize for the giveaway.  Choice of winners and opinions are 100% my own and NOT influenced by monetary compensation.  I did receive a sample of the product in exchange for this review and post.

Specific Links for this album: