We’ve been back to homeschool for nearly a month now, so I wanted to post a little update on how things are going. 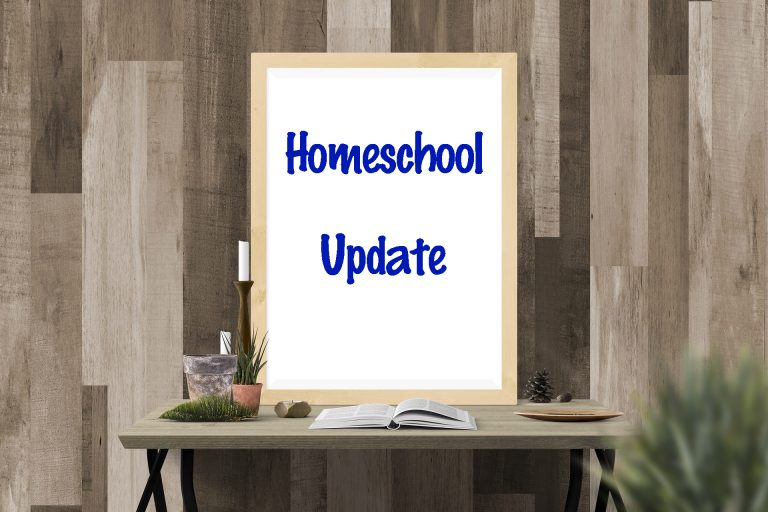 Ballet Boy is working hard at studying for his GED test rather than doing set classes. He and I have been working on the courses from ACT Mom (which we reviewed late last month) together. In some ways it’s like schooling a 1st grader again because he’s not confident enough in himself to fully understand the concepts. This means that he’s tentative to work on it on his own for fear that he’ll miss something and not absorb the information properly. So we spend about an hour a day, three days a week working on this course. The videos and quizzes are short, but we spend a lot of time pausing and going over what’s being taught in our own words to make sure he understands what’s going on.

In addition to that, Ballet Boy is taking a self defense (Brazilian Jiu Jitsu) class with Practice Monkeys (review on that in November). This is daily (M-Th), and he does the classes with Scorpion. They seem to be having quite a bit of fun with it. He’s also reading quite a bit and has begun teaching a music class (ukulele basics) to his younger brothers. I truly appreciate his help with that because I am not at all musical (I don’t even really like music that much), but I still think it’s important for them to learn.

He also works 5 days a week, from 4pm until “late” with Will. The two of them are working hard to really build up the publishing business. They’ve put together a product line for our comic as well as the beginnings of some social media for the company. If you like to laugh, give us a follow! Now we just need to really get the word out to start selling the stuff.

Scorpion is plugging away at his Khan Academy courses. For the most part, I trust him to get done everything that needs to be done each day. I ask him a couple of times a day how it’s going in order to keep him on track (left to his own devices, he’d play basketball and rubik’s cubes all day). I also get on his iPad at the end of the week to make sure he’s been honest with me – so far, he has! As of right now, he’s between 2-10% done with each of his classes. Some of the easier ones (grammar, pixar) he gets through quicker, while things like math and science are more difficult for him.

He is also reading Frankenstein and doing a Progeny Press study guide to go along with it. More on that next month.

Grasshopper is my main student this year. The older brother work largely independently, which is really helpful because it allows me to focus a few hours each day on Grasshopper. So far, things are going quite well. We’re (mostly) sticking to the schedule I made each day, and it’s really rewarding to be so productive. It feels good to get through the work each day, knowing that not only are we using our time well, but that he’s getting some really good foundational learning done.

Things we work on each day:

Literature (we’ve got a few books going right now; more on them in another post)

Science (the Discovering Disgusting Creatures course on SchoolhouseTeachers.com – he was really skeptical at first, but now he loves it!)

We’re taking a super relaxed start with Dragonfly, mostly so I don’t have to split my time quite so many ways. He and I spend about an hour a day working on Reading Eggs and Math Seeds, and I try to get him to read an early reader book each week (though that’s a little frustrating at this time). As the weather turns and it’s easier to get more hours inside without the kids bugging me to go outside and play all the time, we will add in more hands-on things with him, like lapbooks. Stay tuned for some of those projects later in the fall and winter!

How is your first month of homeschool going?