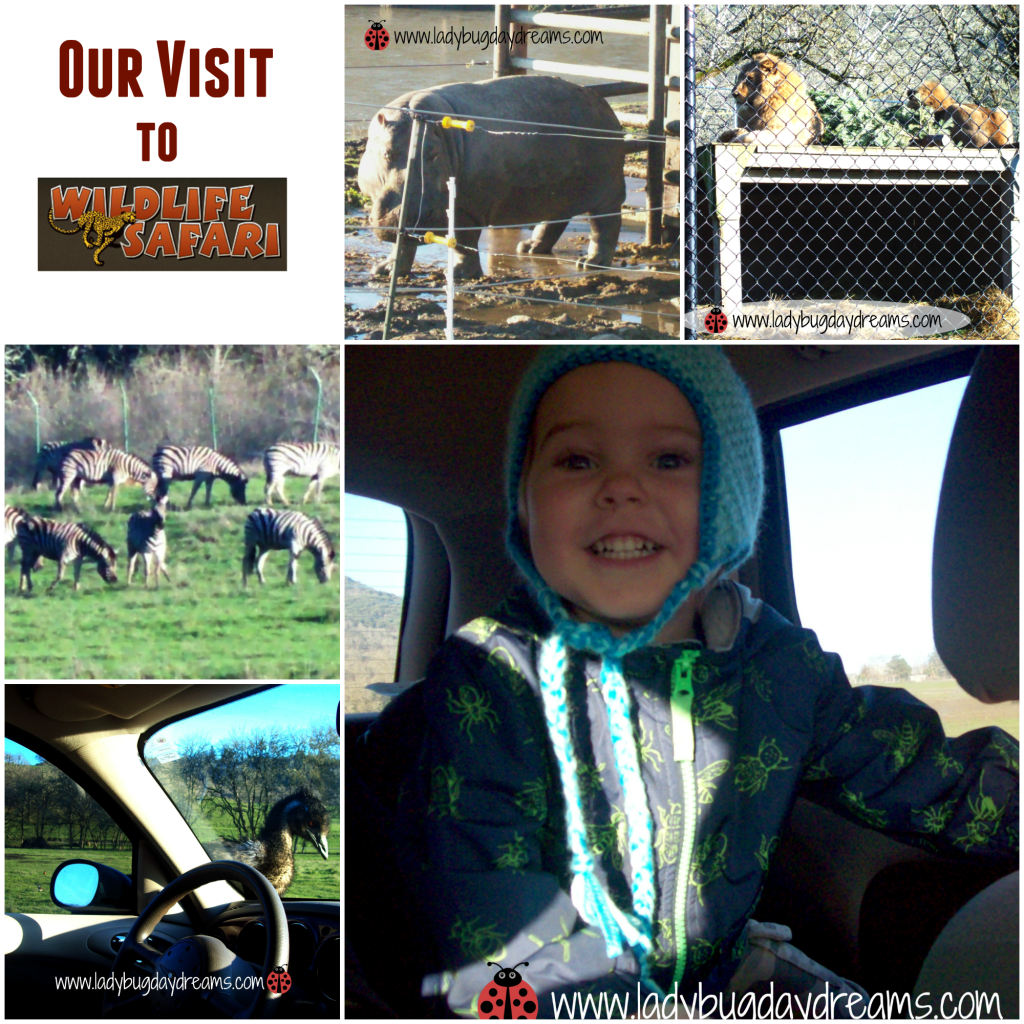 We spent New Year’s Day doing something we’d never done before: going to a drive-through animal park called Wildlife Safari, which is located about 150 miles south of where we live. To be fair, Will actually had been there before, but not since he was a child. In fact, one of his relatives (we’re not sure what the exact relation to him is) used to work there as a trainer for the big cats. There’s a photograph floating around somewhere of him as a kid playing with a Cheetah cub. How cool is that?

But back to our trip.

Because it was a holiday, we started the day by sleeping in. Around lunchtime, everyone was up and about, and we sent the kids away so we could decide how we wanted to spend the day. (We like to plan things and then just put them in the car and surprise them with the destination when we arrive. The most fun instance of this was our trip to California in the summer of 2013.) Will came up with the idea of Wildlife Safari, and I thought that sounded pretty awesome. It’s one of those places I’d always wanted to go but had never had the opportunity to visit. We got online and looked at their website to a) make sure they were open since it was a holiday, and b) get pricing information. Once that was all out of the way, we piled into the car and headed out.

After about three hours of driving, we arrived. The first thing we did was get out and stretch our legs. It had been a long time since any of us had been in the car for that long in a stretch! Once we felt adequately stretched, we got back in the car and moved to the ticket booth to purchase admission to the park. Because it’s a drive-through park, we obviously didn’t get out of the car during this time. We drove on the dirt road through the animal exhibits. The tagline for Wildlife Safari is “The animals are free; you are captive,” and that’s what it feels like. (Of course I know that the animals are only free to an extent. They can wander around the park, but they can’t leave the grounds.)

Upon entering the drive-through portion of the park, the first animals we saw were the ostriches. There were two, and even though they weren’t really doing anything it was pretty cool. I’d never seen live ostriches before; the local zoo doesn’t have any. 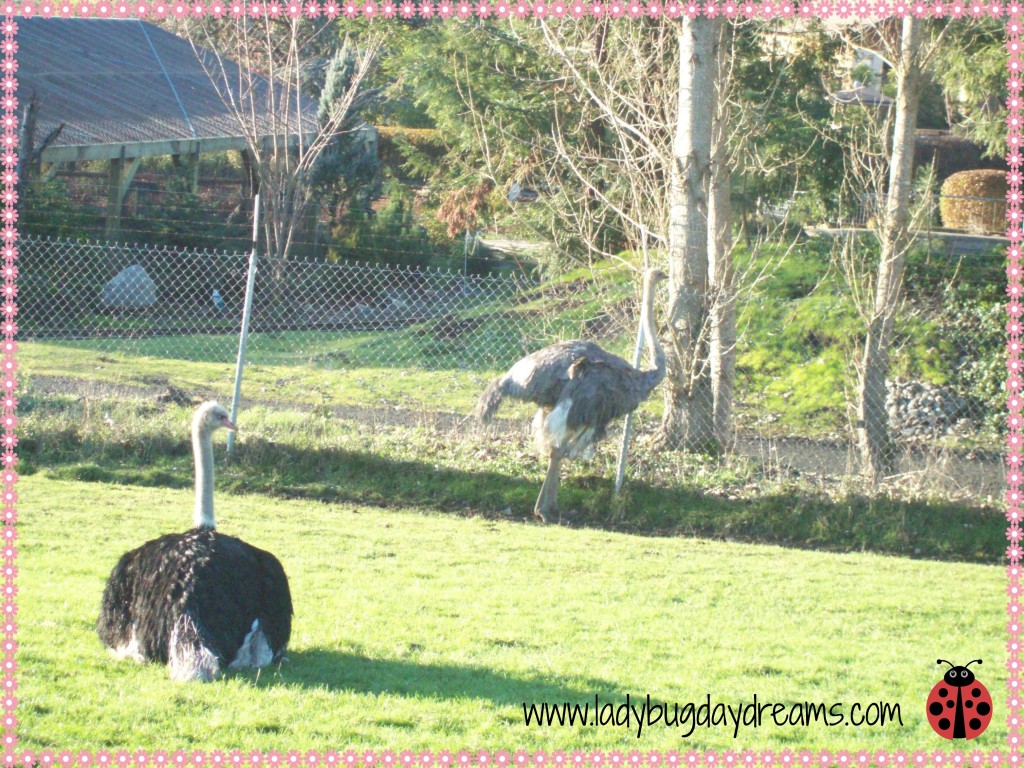 We continued to drive through “Africa.” There were supposed to be camels next, but because of the cold weather they weren’t out. This brought us to the special “trail,” where we got to see the lions. This was also very cool because even though our local zoo does have lions, they’re rarely active and it’s almost always difficult to find them within their habitat. At Wildlife Safari, the lions were not only out, but they were really close to our car. Because even “domesticated” lions like those at the park are still wild animals that can be very dangerous, they were inside a fenced area, but we still got a very good view of them. Much better than I’ve ever had at the zoo. 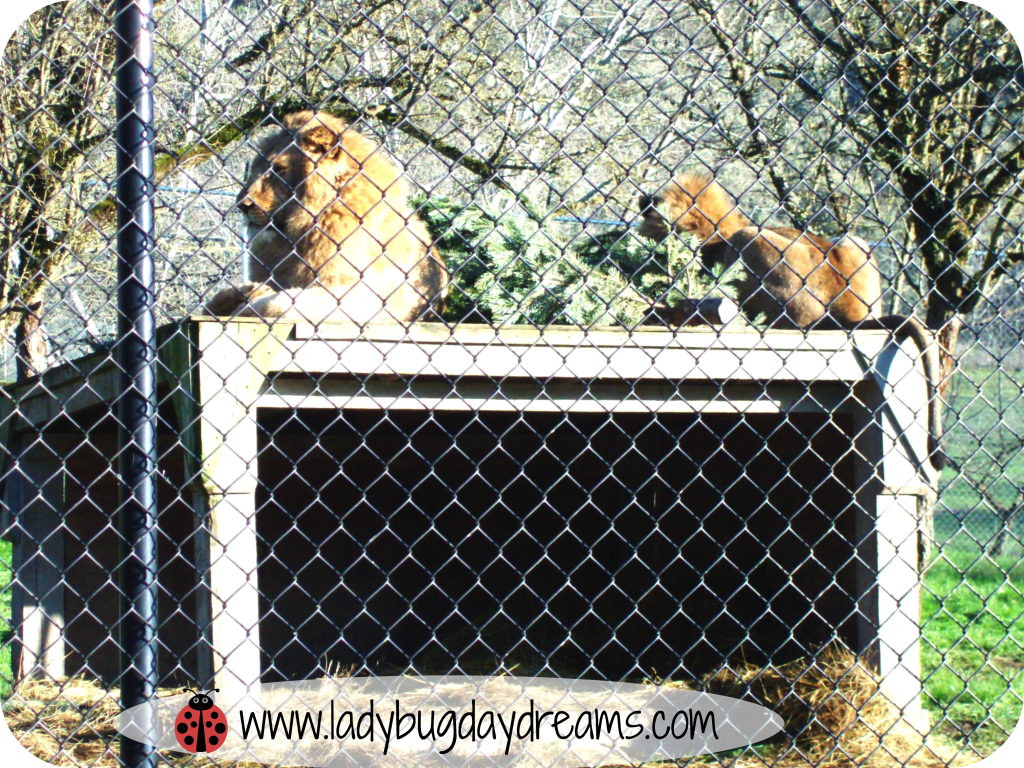 Next, we came upon the zebras. Like the other animals we’d seen thus far, there are no zebras at the zoo. The last one died a couple of years ago and they haven’t gotten any more yet (to my knowledge; to be fair, it has been about a year and a half since we were there). The zebras weren’t that close to the road, so the view wasn’t awesome, but we did get to see them.

We kept going and came upon two hippos next. This was really neat because they weren’t in the water. They were just standing on the ground really near the road. It’s one thing to know how big these creatures are, but quite another to see just how big they are for yourself.

After the hippos, we entered the American part of the exhibit. Most of these animals were creatures that we’ve seen plenty of times, so we didn’t spend a crazy amount of time here. We kept to the posted speed limit of 5 mph (for the safety of the loose animals) but we did manage to get a few pictures. These included llamas, bison, and rams. There were other animals we couldn’t see, such as a variety of bears, because they were hibernating for the winter.

Keep in mind that even though the park is loosely divided into three areas (Africa, America, and Asia), the non-dangerous animals are free to roam as they desire. For the most part, they kept to their designated areas, but the large birds – particularly the emus – really roamed a lot. It was one of these that “attacked” our car right on the road, which you’ll remember from the picture of the week recently. 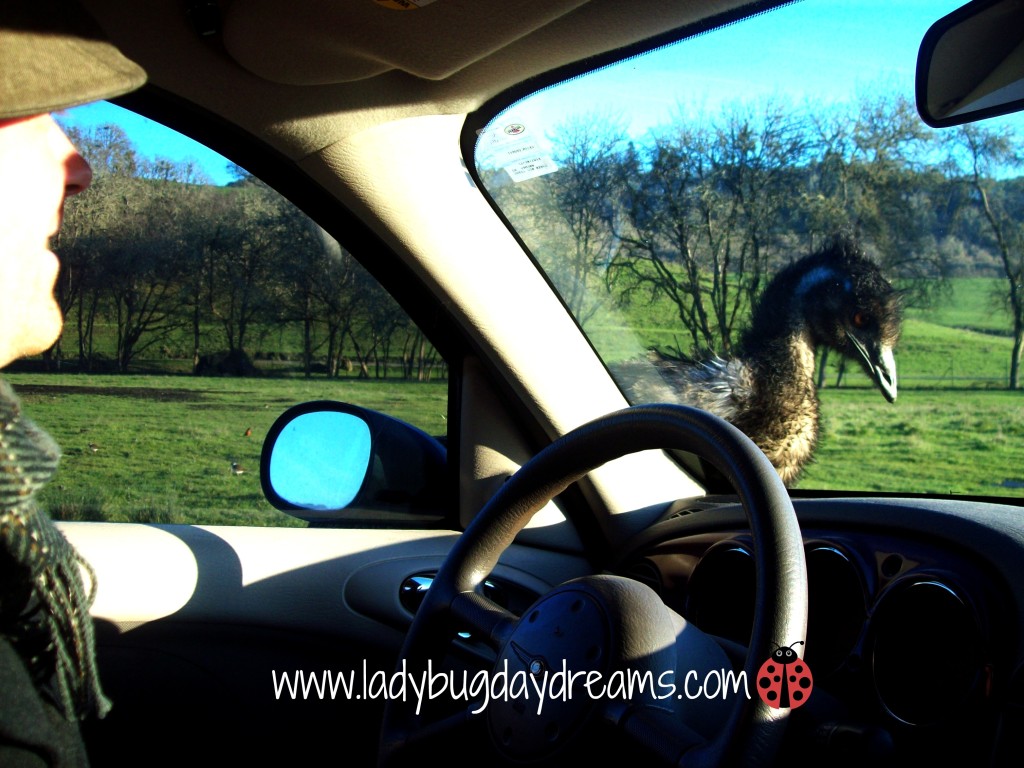 The Asia section of the park had a lot of hibernating and not-out-due-to-the-cold animals, such as my personal favorite: the elephants. It was a bit of a bummer not to see the elephants. I know that would have been epic. It wouldn’t be the closest I’ve ever been to an elephant (I got to ride one when we went to the circus in for Seahawk’s birthday in 2011), but I seriously cannot get enough of elephants. I will never turn down an opportunity to see them, especially up close.

The most exciting portion of the Asia exhibit, since there were no elephants, was the cheetahs. Like the lions, they were in a fenced area for the safety of the patrons. (Looking back at the photos, my only picture of a cheetah is blurry, so I’m not going to share it here.)

It’s hard to tell whether Small Fry’s favorite part was seeing all the animals or getting to be out of his car seat during the drive! 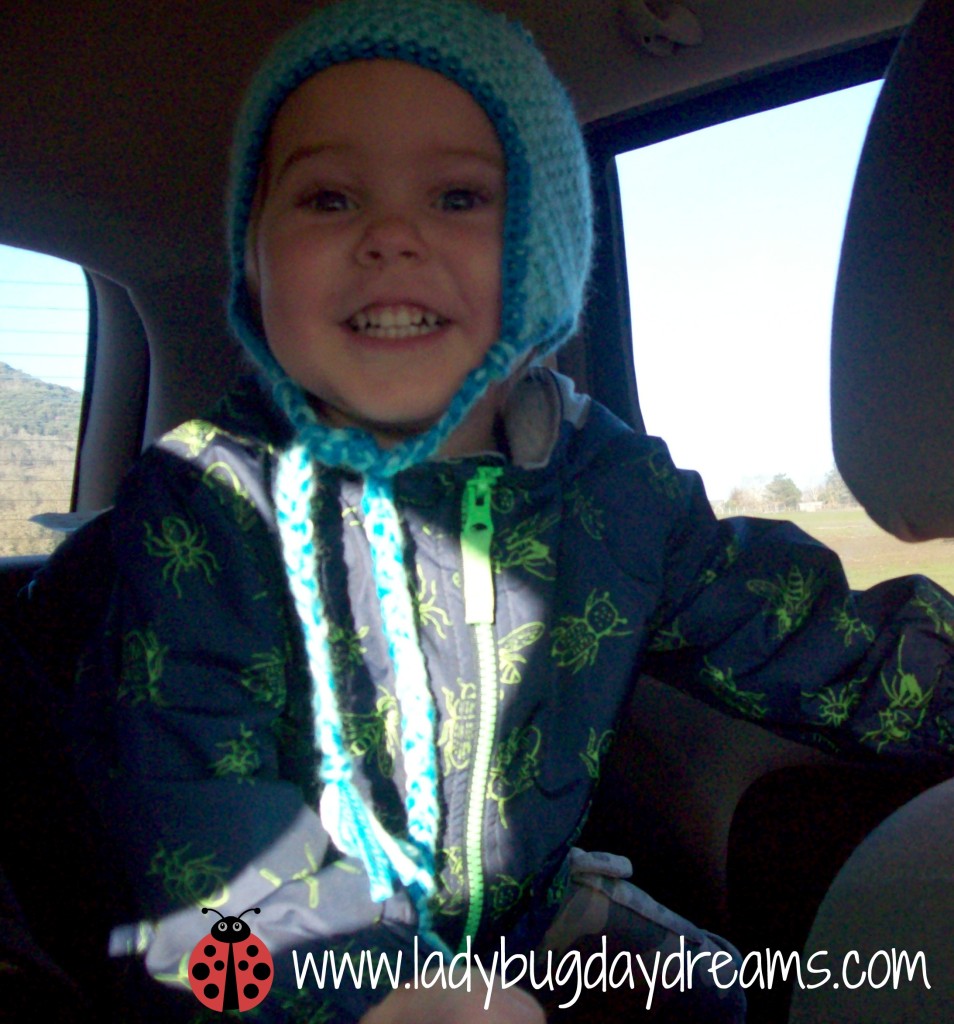 We’re really excited to go back for another drive through of Wildlife Safari in the spring or summer when hopefully there will be more animals out.

And that brings us to the end of our tour. I hope you enjoyed taking this trip with me!