Earlier this week, the bigger boys had ballet rehearsal (they’re gearing up for a performance next weekend). The ballet studio we use is pretty far from where we’re living right now (we’ll be moving closer mid to late summer), so I stay in town while they’re at class. This week, I took the two little boys to the park while we were waiting. They had loads of fun, but the funniest thing was Dragonfly. We brought a sippy cup of water for him because it was really hot that day, and every time he came down the slide, I asked him if he wanted me to hold his cup. He would pull it away from me and say “Mine!” (although when he says it, it sounds more like “Mah!”) and then head up the stairs again, tightly clutching his cup. He was so cute climbing and sliding with that cup held so close. 🙂 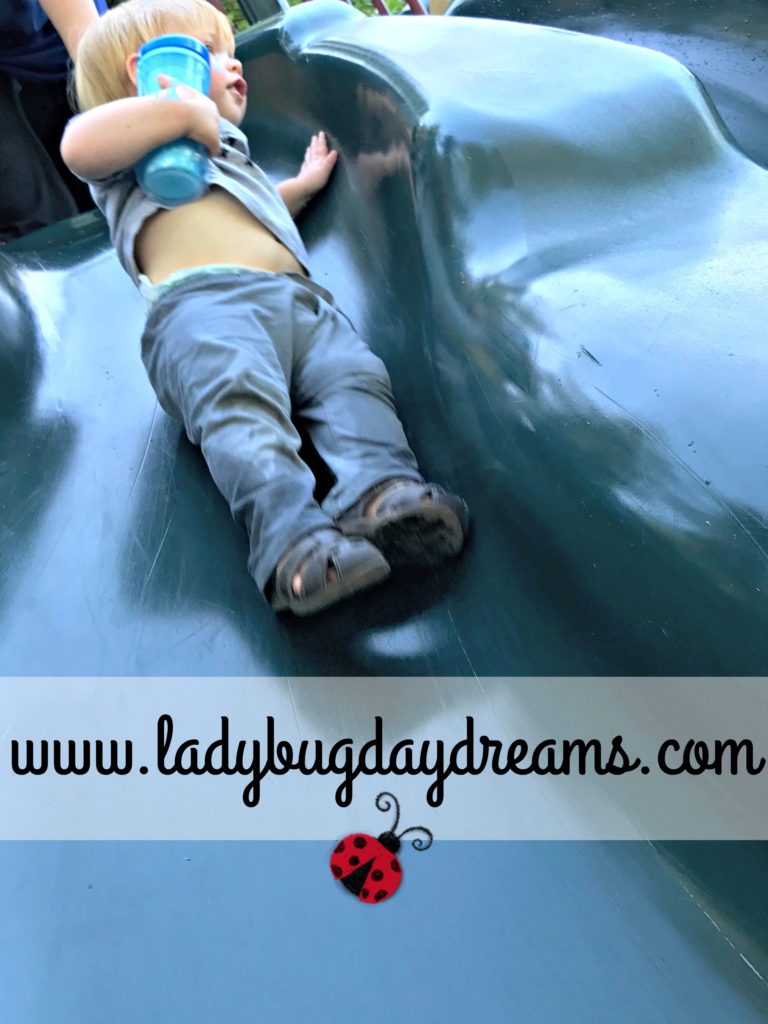