Because Bumblebee is so small, making sweaters for him is super fun – and super quick! I started this whole “sweater making in the summertime” kick with a sweater for him that matches the feel of one I made for myself a couple of years ago. He doesn’t particularly like this one (yet), so I don’t have pictures of him wearing it, but he has worn it a couple of times (namely once when we were at the beach and it was chilly so we made him!). 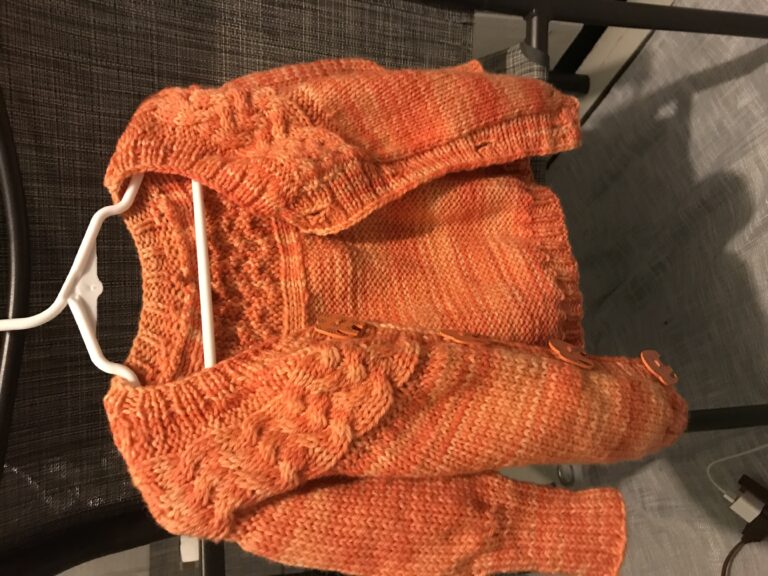 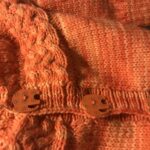 I used the pattern “Caribou,” but when I was making mine, I realized that I didn’t like the way the cable pattern was forming. It left too many large holes. Instead, I found a different cable pattern that was a similar width that I really liked, so I used that as the basis for the one I made myself. Armed with this information, I skipped the pattern’s cable right from the start when I started making this sweater for Bumblebee. The cable I used on mine was 30 stitches wide, which was too many for a baby sweater, so I found something else for his, which was this six-stranded plait. Then I was able to get a set of buttons that were exactly the same as the ones I have on my sweater (wood elephants). 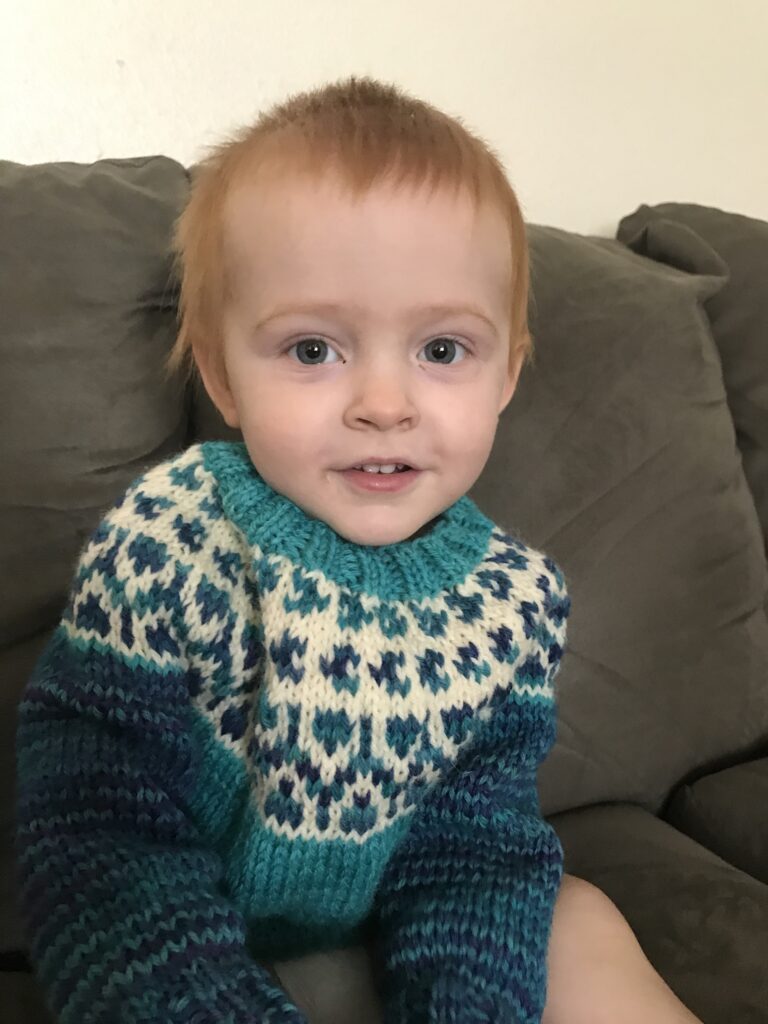 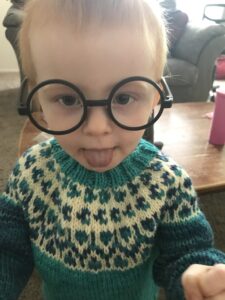 Love the costume glasses almost as much as the beautiful sweater!

When I’d finished making the other two kids their Strange Brew (colored yoke) sweaters, I went back and made one for Bumblebee too. I started, like the others, with 100% wool yarn (I was out of my Knit Picks order by then, so this one is Lion Brand Fishermen’s Wool that I picked up at JoAnn using a 50% off coupon). I dyed the yarn blue using the same recipe as the blue for Grasshopper’s sweater, minus the McCormick’s drops. By the time I got the first skein of yarn in, all of the black had absorbed so there was none left for the second skein. This means that even though both were dyed in the same pot, one is stripe-y and the other just a straight pale blue. Odd, huh? Because of this discrepancy, I opted to use the stripey yarn for the sleeves, and the plain for the body of the sweater. The variation of the mottled yarn combined with the stitch count of the baby sleeves made almost perfect stripes, so it worked out really well. In order to get a good contrast for the yoke, I made the background in undyed yarn and then added the design using the stripey yarn. Then I finished off the top with the plain blue again.

Both of these are just so beautiful, and I’m super excited for the fall when he can start wearing them regularly!