I’ve heard a lot of “2016 was terrible!” types of posts/broadcasts from different news sources over the past month or so, but that was not the experience our family had. I know there were a lot of celebrity deaths, most of the people who work in media were unhappy with the US presidential election results, and loads of other things that I’m sure made them feel like it was a rotten year, but in our home, we had a great year. Here’s just a glimpse.

In January, Will and I celebrated 15 years of marriage. This Friday, it’ll be 16 🙂 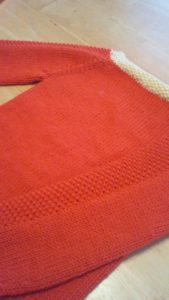 In February, I learned to knit. This was an absolute game changer in my creative endeavors. Since then, I’ve made 13 sweaters, 2 hats, 10 washcloths, several baby teething rings, and a pair of mittens (maybe more stuff, but this is what I can remember of the top of my head).

In March, we missed out on all Easter celebrations because we were sick. The kids were sick about half a week before the holiday, and I spent most of Easter Sunday in bed, too exhausted to wake up. Fortunately, Will was feeling weak but not sick, so he stayed up with the kids and they watched movies all day. I woke up just often and long enough to nurse the baby.

In April, we had a nice time visiting with some old friends at our nephew’s birthday party. We also took the kids to a couple of concert band concerts at the local university. 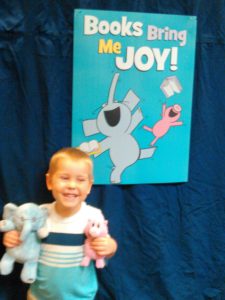 In May, the kids went to the eye doctor. Munchkin’s prescription got a little stronger (he has an astigmatism), but the others are still fine. We also went to the Elephant and Piggie party at our local library.

In June, Dragonfly had to have an ultrasound on his backside. He was born with a “dimple” in his bottom which can sometimes indicate incomplete closing of the spinal cord prior to birth. Fortunately his came back normal. Also, Munchkin and Small Fry attended the VBS (Vacation Bible School) at a local church we attend when we don’t go to my father-in-law’s church for whatever reason. 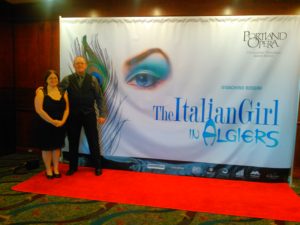 In July, half of our family had birthdays – me, Will, and Small Fry. We had a cookout party for Small Fry (he loves doing that – good thing he was born in the summer!). For our immediate family’s celebration, we went to a theme park near here called Enchanted Forest. At the end of the month, Will and I went to the opera. This was the one and only time we’ve ever paid babysitters. Normally we just ask my mom, but it was going to be too late a night for this event.

In August, Will had a speaking engagement at the State Fair’s Author Day. While the event didn’t pay, it was a good time for him to get the word out about his books.

In September, Will and the three older boys, along with Will’s dad, went to one of the Comic Cons. Based on the pictures (which I promise I plan to share soon!), I know they had a fabulous time. Also, Munchkin turned 10 years old and Dragonfly turned 10 months old on the same day. 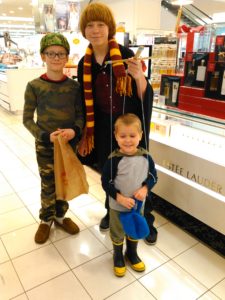 In October, Munchkin, Small Fry, Dragonfly, and I went to see the Portland Opera To Go version of Hansel and Gretel, which was being performed at a library about half an hour from our home. That was the plan, anyway. What actually happened was that I took the boys to see it and Munchkin and Small Fry got to stay in the room and watch. I ended up having to take Dragonfly into the foyer because he wouldn’t hold still or be quiet. (My fault for taking an 11-month-old to the opera, I guess.) I was pretty bummed out about that, but there’ll probably be other events. Also, Seahawk became a teenager.

In November, Munchkin spent the first half of the month dealing with having a needle stuck in his foot. On October 21st, he was walking across our living room when he suddenly felt a sharp pain and discovered a sewing needle. However, the tip was nowhere to be found. Upon inspection, we were able to see a glimmer of “something” in his toe, but it was too deep to get out with tweezers. We took him to the emergency room that night, but the doctor was unable to get it out, even 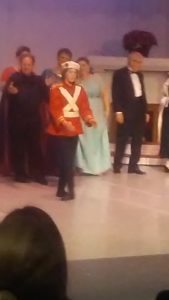 after x-rays, ultrasound, and cutting the toe open to the bone. After getting the runaround from several different doctors, we finally got him into a specialty clinic for feet and ankles, and that doctor was able to get the needle out in under ten minutes. Also, Dragonfly turned 1.

In December, the big boys got to dance in a local production of The Nutcracker. We all started taking ballet classes near the end of September, and the boys really took off in their love and skill of the dance, especially Seahawk. Because they were fairly new additions to the dance school (they’d only had one or two lessons by the time it was audition day for the recital), they didn’t have huge parts – Munchkin was an extra in the party scene and Seahawk played a toy soldier (he had a one-minute solo). They had a fabulous time, though, and are itching to get back to class (after the final performance, the school took the rest of December off for Christmas, but classes start again next week).

So as you can see, it really has been a great year for our family. I can’t wait to see what 2017 has in store!