We recently watched the new Jumanji film for family movie night. A couple of days later, we went back and watched the 90s one with Robin Williams. Small Fry (6 years old) absolutely loved them, so Will came up with a clever idea to have some with our son’s new fascination. We would buy a copy of the game (it’s a real thing now!) and hide it in the bushes outside for him to find. To make the illusion more complete, he found a track of the “Jumanji drums” on YouTube and hid his iPad, playing the music, inside the box. 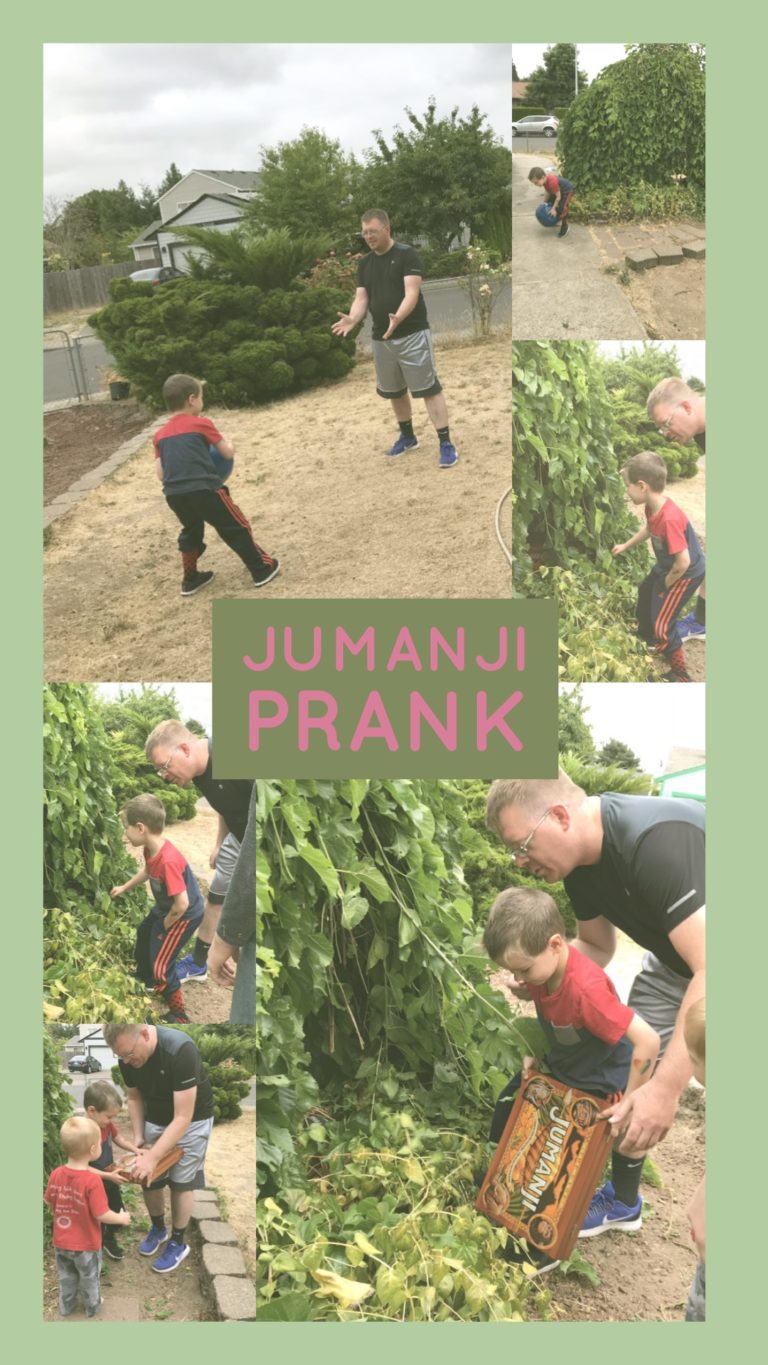 With everything set up, Will took the boys outside to “play catch.” They tossed the ball around for a few minutes, and then Will threw it right to the bush where the game was hidden. It took some coaxing to get Small Fry to notice the drum sounds coming from the bushes, but when he did, he started digging around right away. When he found the game, he was excited – but fooled for one second that it had magically shown up!

It’s been about a week and a half now, and Jumanji is definitely his favorite game ever. He asks someone to play it with him almost every day. Luckily he has big brothers and a neighbor friend who are (usually) all too happy to oblige.