Disclaimer: I received this complimentary product through the Homeschool Review Crew.

Knowing math facts can be difficult for young kids, but it’s absolutely vital in the early/mid elementary grades that they master them. It’s easy to think about “math facts” as just the “times tables,” but addition, subtraction, and division are just as important. Without those foundational facts memorized, all math is harder for kids. Flash cards are a great (non digital) way to reinforce those facts, but what if you had a computer game that was as engaging as it is beneficial? Now you do with MathRider. 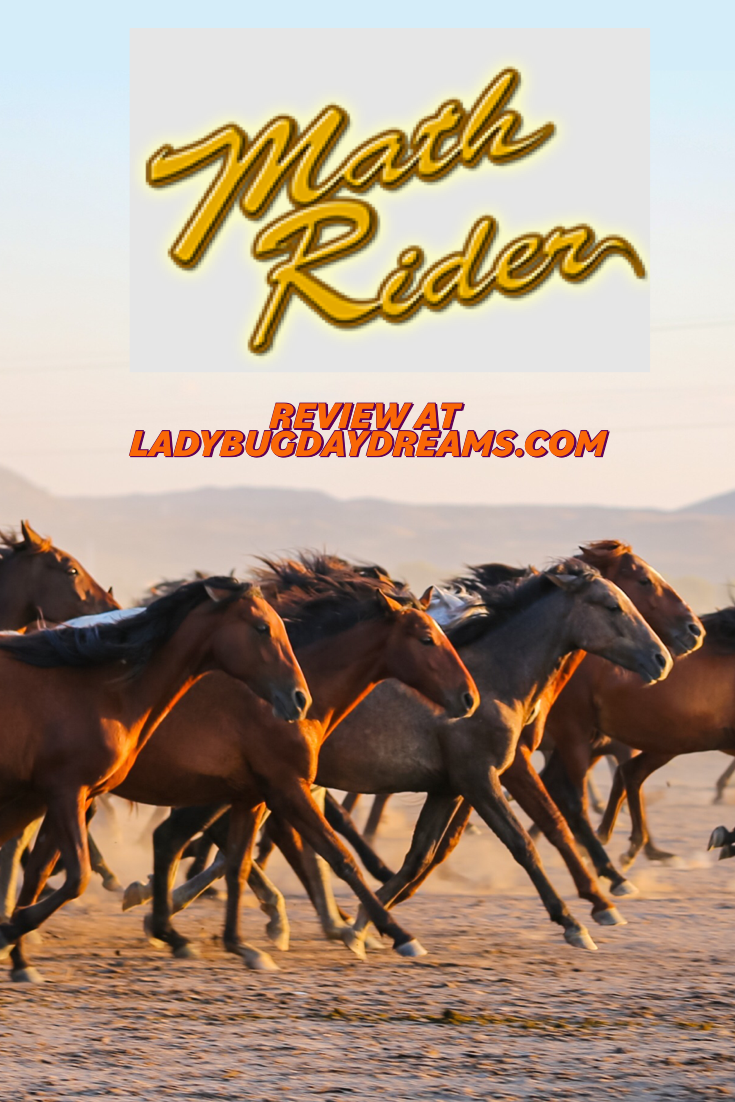 Math Rider is a one-time fee downloadable computer game that teaches kids math facts in all four areas: addition, subtraction, multiplication, and division. It’s an easy download, and the game is simple enough that you’ll only need to teach them how to play once and they’ll be able to handle it on their own after that. We have been using the game with Grasshopper to increase his speed with addition facts.

When you click on the icon to open the game, you’ll need to choose which child is working and sign in with their password each time. The password requirements are quite simple; we have chosen something that is easy for Grasshopper to remember on his own, so I don’t even need to help him with that.

The game itself is centered around quests. There’s a story that includes simple animation and text that is read aloud to your child. Once they’ve heard the story, they move on to the map, where they can then choose “play” and get into the math portion of the game. Depending on what math facts your child is assigned, that’s what the game will offer them to answer. 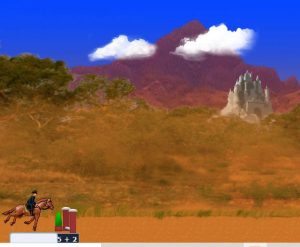 There are 30 facts per round, and your child simply has to read the problem and type the correct answer before his horse gets to the problem. (To be honest, it looks more like the problem is coming toward the horse though; the horse is always on the left and the problem moves toward the middle of the screen.) When they’ve answered all 30 math facts, they’re given a score based on their speed and accuracy. Then the game takes them back to the map, where the path they just “rode” is highlighted in pink. When they get to the end of the path, they’re given a new quest, and that continues until they’ve achieved 100% mastery of the math facts. I’m not entirely sure what happens after that, because Grasshopper hasn’t quite gotten to that 100% mark yet.

MathRider has been really fun for my son to play. He gets so excited to see his path turn pink, and he’s engaged by the story. His recall of those addition facts is getting quicker, resulting in higher scores each day. He always asks to do “horse math” first thing in the morning. Grasshopper really responds well to learning games, so I’m happy to let him play things like this that really cement things in his mind and help him to keep learning. We will absolutely keep having him use this game as long as he’s engaged and his math fact recall continues to improve!

Make sure to read more reviews on the Homeschool Review Crew website this week.